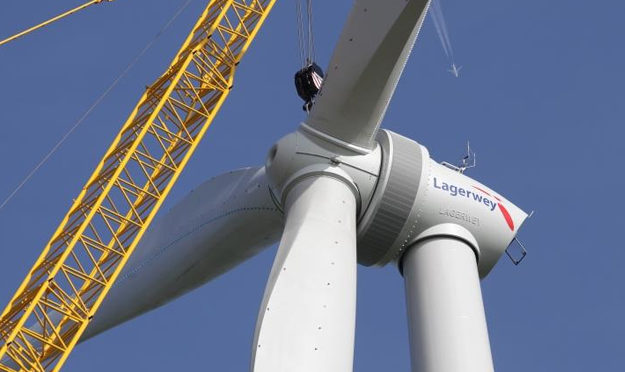 Rosatom subsidiary JSC VetroOGK will start construction in the summer of a 150MW wind farm in the Adygea region of Russia.

The project will feature Lagerwey turbines and is planned for commissioning between December 2018 and January 2019.

It will be located in the municipalities of Shovgenovsky and Giaginsky.

Planning is also underway to build a 220kV substation and a 14km 220kV transmission line from the project to the existing Armavir-Tsentralnaya transmission line, said Murat Kumpilov, head of the Adygea region.

Construction permits are expected to be issued in March, he added.

JSC VetroOGK is also planning to build an up to 200MW wind farm in the Temryuk and Yeisk districts of the Krasnodar Krai region.

On 15 February at the Russian Investment Forum in Sochi, the company signed a protocol of intention with the governor of Krasnodar Krai Veniamin Kondratiev to develop the project.

Commissioning is planned for the end of 2019.

Overall, JSC VetroOGK signed documents at the forum for the development of wind farms with total capacity of up to 600MW.