Siemens Gamesa Renewable Energy (SGRE) has been awarded exclusivity by Danish energy group Ørsted for the supply and service of wind turbines for the Hornsea Project Two offshore wind project, being developed in British waters, where it will install its SG 8.0-167 DD turbines with total capacity of 1,386 MW. 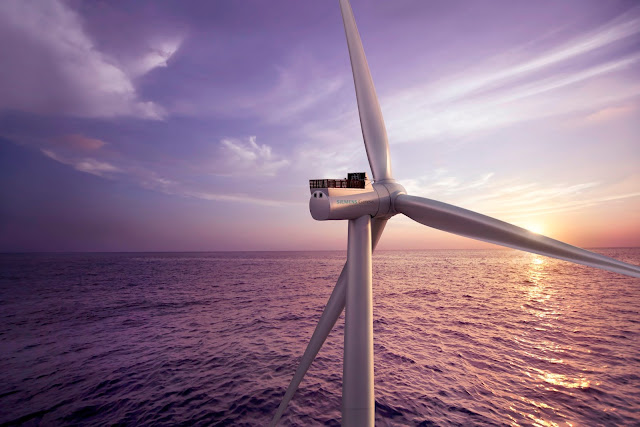 Located 89 kilometres off the east coast of England, the wind farm will span 462 km2.

The nacelles will be produced at the new factory in Cuxhaven, Germany, while the majority of blades will be made at the factory in Hull, UK, where the pre-assembly work will also be carried out. Towers are expected to be partly sourced from UK suppliers.

“We are very pleased that Ørsted has placed its trust in Siemens Gamesa once again. Hornsea Project Two will be a benchmark in Europe, not only on account of its size but also its technology. Siemens Gamesa will install the newest model from its offshore platform at this facility. The SG 8.0-167 boosts annual output by 20% and offers higher returns,” underscored Andreas Nauen, Offshore CEO at SGRE, who also highlighted the fact that offshore wind power is playing an increasingly important role in Europe’s energy mix.

A single 8-MW turbine is capable of generating enough electricity for around 8,000 European households so that the power generated by this complex will cover the annual power consumption needs of around 1.3 million homes.

The new SG 8.0-167 DD is equipped with a rotor 167 metres in diameter. The blades, 81.5 metres long, deliver an 18% wider swept area and 20% more annual output than its predecessor, the SWT-7.0-154. It features the technology proven in the direct drive platform combined with a larger-scale rotor in order to offer customers higher returns while minimising the associated costs and risks.

Siemens Gamesa and Ørsted have already worked together on several offshore projects, notably: Hornsea One, London Array, Race Bank, West of Duddon Sands, Walney Extension East and Westermost Rough in the UK; Anholt in Denmark; and Borkum Riffgrund 1 and Gode Wind 1 and 2, located in German waters.

Having pioneered the sector as far back as 1991, since which time it has installed more than 11GW, SGRE boasts the longest track record among offshore turbine OEMs. The company has cemented itself as the leading player in the offshore segment with a market share of the 70% in Europe.