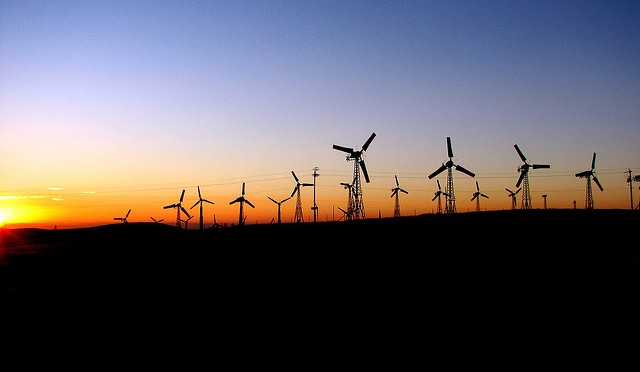 Quinbrook Infrastructure Partners, a global investment manager specializing in lower carbon and renewable energy infrastructure, announced that, following a competitive solicitation run by the State of California, the Quinbrook Low Carbon Power Fund has been awarded a new long term lease to repower the Gonzaga Ridge Wind Farm, located in Pacheco State Park in central California. The project rights were won and the lease was secured by Scout Clean Energy, a Colorado-based developer and operator of U.S. wind power projects and a Quinbrook portfolio company.

The lease awards Scout the exclusive right to build, own and operate a new wind farm project at the Gonzaga site, a major investment project that is projected to increase the production capacity of the wind farm from 16.5 Megawatts (MW) to an expected 65-80 MW. Scout plans to replace the existing 1980s vintage wind turbines with the latest modern turbine technology that is expected to increase renewable power output as much as sevenfold.

“This iconic project represents an exciting opportunity to help the state of California meet its ever-increasing renewable energy needs,” said Michael Rucker, CEO of Scout Clean Energy. “California has been a pioneer of wind power since the ’70s and, these days, virtually all of California’s viable onshore wind resource sites are already built out. By repowering Pacheco Pass and equipping it with today’s advanced wind turbine technology, we hope to set a new and important precedent for unlocking more renewable power from recycling older existing wind power sites located across California and other US states with cost-effective new capacity. This is truly a getting ‘more for less’ proposition.”

California Senate President Kevin de León set forth a plan last year that would gradually increase renewable energy consumption in the state, culminating in a goal to produce 60% renewable energy within California’s electricity grid by the year 2030. State policies in the California market, as well as in the Mid-Atlantic and Northeast regions, are expected to drive demand for more than 30 GW of new renewable energy capacity between now and 2030.

“Gonzaga Ridge’s unique location near the Bay Area, as well as its connectivity to major distribution points on California’s electricity grid, provide a rare opportunity to improve the productivity of a vintage wind farm that is a part of the history of renewable energy in the State,” said Shawn Cumberland, Senior Managing Director of Quinbrook. “As the original project was ‘cutting edge’ when first built in the ’80s, the repowering of Gonzaga will demonstrate how far US wind power has come in the past three decades. Modern turbines are both larger in size and much more cost-effective than their predecessors. The continued declines in the cost of wind power is helping to keep power prices low whilst at the same time helping California achieve its emissions reduction goals.  Quinbrook is proud to play our part in California’s groundbreaking energy transition.”

The new project will connect to the grid at in the California Independent System Operator’s NP15 zone, a major distribution point and market hub for Northern California. The new wind farm will continue to provide royalty revenues to the California Department of Parks and Recreation to fund the operations of the park and related support functions.