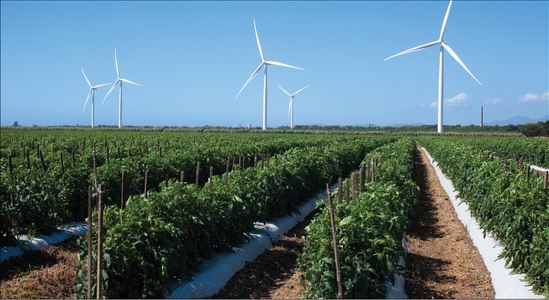 Myths about renewables shouldn’t stop Puerto Rico from using them to make its grid more resilient in future weather disasters, because the world has changed– they’re reliable and save money now.

That’s the gist of a recent “design charette,” a group planning event convened over the past two months by the Rocky Mountain Institute (RMI) to design a more sustainable and cost-effective grid for the island.

The extraordinary damage from two hurricanes topping 150 miles per hour has left 30 percent of electric generation still offline, now three months since the storms, and hundreds of thousands of its 3.4 million people still lack power. It’s been the longest sustained outage in U.S. history, according to RMI, which organized the charette.

Puerto Rico’s grid already faced challenges with reliability, financial solvency, and cost. At 23 cents per kilowatt hour (kWh) at retail, according to RMI’s Islands Energy Program, Puerto Ricans have been paying twice the typical price on the U.S. mainland.

Pre-storm electrical generating capacity was nearly 6 gigawatts, 47 percent of it from diesel- and oil-fired plants and only 2 percent from renewables, according to the Energy Information Administration (coal and gas make up the rest).

Yet looking to other islands, “in Hawaii, the islands of Oahu, Hawaii, and Maui currently achieve 11 percent, 40 percent, and 25 percent renewable energy, respectively, with reliability much higher than Puerto Rico’s primarily oil-based grid,” notes RMI’s just-issued report, The Role of Renewable And Distributed Energy in a Resilient and Cost-Effective Energy Future for Puerto Rico.

Among over 75 stakeholders that sent representatives to the charette were Pattern Energy, AES, Gestamp Wind, Sunnova, Sonnedix, Sonnen, GE Energy Consulting, Aireko, Tesla, Sunrun, ABB Group, and McKinsey & Company, as well as the government and the Puerto Rico Institute for Competitiveness and Sustainable Economy (ICSE-PR). Some returned for a Dec. 13 meeting hosted by the Federal Emergency Management Agency to speed up funding of the grid reconstruction.

Puerto Rico’s largest renewable facility today is Santa Isabel, a 101.1 megawatt (MW) Pattern Energy-developed wind farm built in 2012 on the south side of the island. Its turbines and substations made it through the hurricanes intact (although at the eastern tip, where Maria made landfall, another developer’s 26-MW Punta Lima did suffer damage).

As weeks turned into months though, PREPA, the island’s monopoly utility and the largest public power agency in the United States, failed to provide backfeed power and authorization to restart the wind farm. “Pattern Energy and the team at Santa Isabel Wind have worked tirelessly to engage PREPA leadership and technical staff to facilitate recovery in any way they can,” the company said.

No-regrets solutions for Puerto Rico’s electricity needs are varied, and can speedily be deployed. Besides utility-scale wind and solar, lithium-ion battery storage costs, including adder systems, have dropped 70 percent from 2010–2016. McKinsey and Company estimate those costs may be halved again by 2020.

The RMI report says “even at today’s prices, combining a renewable energy system with batteries can be less expensive than the fossil fuel alternatives, while providing numerous other benefits including reduced carbon emissions, resilience to fuel supply or grid disruptions, and reduction in exposure to fuel price risk.” Such projects can be powered by wind as well as solar, and range from “centers of refuge” that provide basic services like Wi-Fi and phone charging, to larger-scale facilities.

Besides rapid deployment, renewables also offer resilience. “Hurricanes in 2017 demonstrated the lack of resilience of transmission and distribution networks in Puerto Rico and other Caribbean islands, but confirmed that renewable energy generators are, in fact, very resilient,” the RMI report says.

“In Puerto Rico, 90 percent of utility-scale solar PV and wind capacity on the island is operating or ready to operate, while only two renewable energy generation sites were damaged. Similarly, approximately 75 to 95 percent of residential solar systems remained physically intact.” Utility-scale wind energy, in particular, is proven to provide the reliability services most critical for grid stability.

“In the last five years, the technological capability and economics of deployed new energy technologies such as utility-scale renewable energy, distributed and community-scale renewable energy, microgrids, energy storage, and demand flexibility, have rapidly improved, and have been tested at scale across the world. At their current level of maturity, these technologies can play a crucial role in Puerto Rico’s short- and long-term energy future, capable of delivering a better electricity system for Puerto Ricans.”

Plenty of opportunities remain to participate in the expected rebuilding, estimated to cost as much as $17.6 billion. Just the overhead transmission and distribution system could take over $9 billion of that; pre-storm, the island had 2,500 miles of transmission line, 31,000 miles of distribution lines and 334 substations.

According to PREPA and the U.S. Army Corps of Engineers, “it may take many more months to provide power to all on the island, and several years to rebuild the entire grid to pre-storm conditions.” It will wind up being better than pre-storm, if the stakeholders involved have their way.