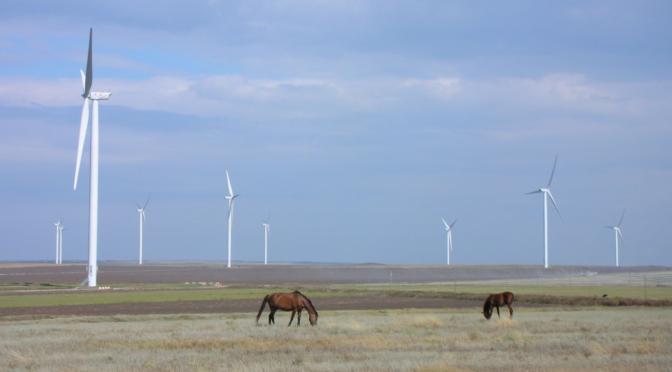 Do you have sores on your feet? Is your hair turning grey? You may live near a wind turbine. Or at least that’s what certain stories you can find on the Internet would have you believe – that wind turbines cause health problems. In reality, tens of millions of people comfortably live near wind projects around the globe with no ill effects, as shown in testimonials which can also be seen online.

In the U.S. alone, 20 million people live in counties with wind turbines. And 25 scientific reviews since 2003 back up their safety. That doesn’t mean that a few people don’t complain about living near wind turbines, but a new book sheds light on what’s behind many of those complaints.

Simon Chapman, emeritus professor of Public Health at The University of Sydney, has just published an important and well-timed book. In “Wind Turbine Syndrome – a communicated disease,” Chapman and his co-author Fiona Crichton focus on noise and health objections to wind farms in Australia. The findings are relevant to the U.S., as anti-wind energy groups are increasingly employing scare tactics to misinform the public. That misinformation can cause real anxiety and worry, and it isn’t fair to the people affected.

There are relatively few complaints about wind farms around the world

The book’s main point is this: “The overwhelming majority of wind farms around the world do not experience hostility and complaints from their neighbors. Complaints instead tend to concentrate around particular wind farms, in particular states or regions of a small minority.” In 2016, Australia created a governmental body to collect complaints related to wind farms from citizens. In the first year, their National Wind Farm Commissioner only received 46 complaints nationwide that related to operational projects, most of which were closed after the office sent complainants more information.

AWEA finds a similar situation in America. Over 20 million people live in the same counties as more than 1,000 existing U.S. wind projects, consisting of over 52,000 individual wind turbines in 41 states. The vast majority of neighbors not only have never complained about the nearby project, but in contrast report happiness with benefits such as freshly paved roads, new classrooms, and ambulance service paid for with wind farm revenue.

And yet a tiny minority of complaints continue to generate out-sized attention, especially where news coverage and social media has amplified concerns. Why is this the case? Chapman notes, “Those [communities] that do attract complaints often have a history of being targeted by organized anti-wind farm lobby groups who set about trying to spread concern and anxiety among local residents.” Concern and anxiety are contagious, and that’s exactly why anti-wind farm groups can succeed in infiltrating communities considering hosting wind projects.

Here is an example of how this can work:

A person looking for information on wind farms does a simple internet search. He lands on a number of social media pages created by anti-wind activists that say that exposure to wind turbines cause health effects. Research shows that if you’re repeatedly exposed to the same message, there will be a default tendency to believe the material is correct, a phenomenon known as the “illusory truth effect.”

So, he believes the anti-wind social media posts he read and then expects to experience negative health effects from turbines. A turbine is built nearby his home. He sees a flyer handed out by an anti-wind energy group that fuels his concern and results in his stress level rising. This stress leads him to have trouble sleeping. He attributes the trouble sleeping to the turbine itself.

This symptom is not to be dismissed; he may actually be having trouble sleeping because of his increased stress level. However in this case the actual turbine is not to blame, and he is not to blame for being influenced by the material he read online. Anti-wind leaders who spread these rumors are the ones responsible.

This so-called “nocebo effect” has been replicated and proven in multiple empirical studies, and it can affect people more than they think is possible. Smithsonian reports that in other situations, “The nocebo effect might even be powerful enough to kill. In one case study, researchers noted an individual who attempted to commit suicide by swallowing 26 pills. Although they were merely placebo tablets without a biological mechanism to harm the patient even at such a high dose, he experienced dangerously low blood pressure and required injections of fluids to be stabilized, based solely on the belief that the overdose of tablets would be deadly. After it was revealed that they were sugar pills, the symptoms went away quickly.”

Scary, right? This effect is powerful, and anti-wind leaders use it as a tool to try to stop the advancement of renewable energy.

Where do we go from here?

Wind companies should continue to provide information and educational opportunities for communities, allowing for their health questions and concerns to be addressed. This can be a difficult task, as often people have already been exposed to misinformation that is difficult to reverse. Highlighting and amplifying the work of psychologists, credible medical professionals, and experts like Professor Chapman can help.

As Chapman says, “We have noticed that in online debate, wind farm opponents invariably avoid any engagement with the very obvious fact that most wind farms have been complaint-free, often for many years. It is as if this information is too subversive to acknowledge. It may be an example of what some have called a ‘killer fact’.”

You can read his new book yourself by downloading it from The University of Sydney website, or by ordering a hard copy.