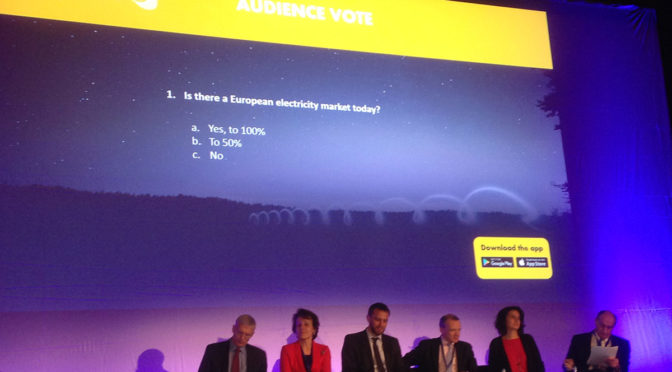 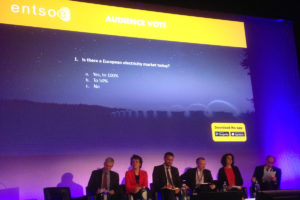 Dickson addressed the main obstacles to the completion of the Internal Energy Market, and how the Clean Energy Package should overcome them. In particular, he called for equal access to balancing and ancillary services markets for all market participants. Renewables are still not allowed to contribute to grid stability in most countries.

Debate at the event revolved around the best means to enhance regional cooperation at TSO level, and more broadly across the power sector. All panellists agreed that the Clean Energy Package fell short in this regard. Welcoming ENTSOE’s proposal for Regional Energy Fora, Dickson warned that these should not dilute individual Member States’ responsibilities and should go beyond the implementation of network codes. Generators should also have a seat at the table, he added.

Panellists also discussed the increasing congestion of the system as renewables become a mainstream generation source. Dickson emphasised that network investments were a key answer. Redispatch costs in Germany fell from €1 billion in 2015 to less than €600 million in 2016 thanks to the opening of a new HVAC line. He stressed technology improvements including digitalisation will be central in facilitating system integration. The increasing deployment of flexible turbines will also contribute as they capture lower wind speeds and make grid feed-in more stable.

As the discussion moved on to the failure of current market reform to provide long-term investment signals, Dickson stressed that Member States should be free to deploy the generation technologies they want. In most cases, they would pick the cheapest: wind energy. But capacity mechanisms tend to divert governments from this choice and maintain redundant capacity in some markets. Furthermore, he noted that regulation in key countries such as France and Germany still hampers the development of Corporate Renewable Power Purchase Agreements (PPAs) between renewables producers and industrial consumers. These barriers, he concluded, should be dealt with in the Clean Energy Package.