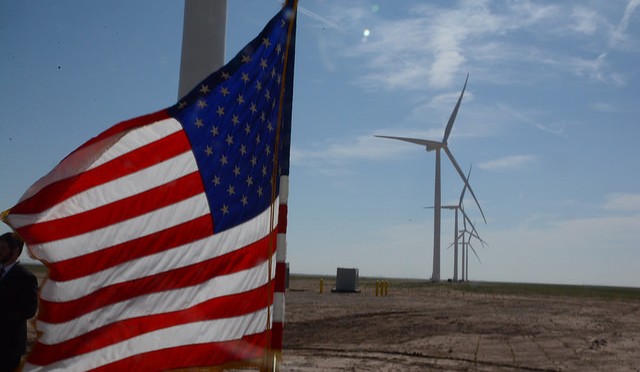 American Wind Action (AWA) launched a statewide campaign in North Dakota to engage the public and encourage the North Dakota congressional delegation to recognize the benefits of wind energy, as well as support efforts to protect its 5,000 local jobs and contribution to the local economy. AWA will air a series of TV, radio and digital ads in a variety of North Dakota media markets throughout the remainder of the year.

Maureen Westphal, a spokesperson for AWA, said: “As AWA’s new campaign demonstrates, wind energy is helping power a job creation boom in North Dakota – providing well-paying job opportunities in a variety of careers and trades for its citizens, including our nation’s veterans. Through this campaign, AWA seeks to educate the public and connect those who stand to benefit most from wind energy, its citizens, with their members of Congress, who hold the wind community’s future in their hands.”

“AWA is pleased the U.S. Senate has acknowledged the many benefits of wind energy for the nation in its recent deliberations on tax reform. Unfortunately, actions by the U.S. House have undercut wind energy and put over 102,000 jobs at risk – 5,000 in North Dakota alone. As the debate continues at the federal level, AWA will continue fighting on behalf of workers, and they expect the North Dakota congressional delegation to do the same. Together with the people of North Dakota, we will work to ensure Washington, D.C. is doing its part to protect this powerful American energy source in North Dakota and throughout the nation,” Westphal said.

As part of its newest campaign, AWA will share with North Dakotans important information about wind energy and its benefits for the state, including its successful efforts to create well-paying U.S. jobs and support the economy:

In June 2016, AWA announced its formation as a 501c4 to educate the public on the many benefits of wind energy. Read here and here on the 2016 rollout.

AWA believes in creating American jobs and providing economic benefits for state and local economies, innovating for the future, and securing the nation’s energy independence in 2017 and beyond.

AWA has grown strength and influence since its formation in 2016. AWA has launched multiple successful statewide education campaigns in states that are major wind resources, and has fought against anti-wind initiatives.