In line with its strong commitment to tackling the effects of climate change, Iberdrola has decided to complete the process of phasing out all its coal-fired power generation capacity worldwide. The technology represents 1.8% of the group’s total installed capacity of 48,062 megawatts (MW) and 1.5% of its electricity production for the first nine months of the year (1,596 GWh out of 102,494 GWh).

To this end, the company has filed a permit application with the Ministry of Energy, Tourism and Digital Strategy to close the coal-fired power plants in Lada (Asturias) and Velilla (Palencia). Both of the assets are situated in Spain and represent a combined capacity 874 MW. With this decision the company ratifies its commitment to reduce its CO2 emissions intensity by 50% in 2030 and become carbon neutral in 2050.

Last week, Iberdrola, together with other leading Energy companies, called upon European policy makers to embrace higher and more ambitious binding renewable energy targets for 2030 by raising the share of renewables in the final energy demand on the continent from the current target of 27% to 35%.

Once the remaining coal-fired plants are closed the company’s emissions-free capacity will stand at 68%. This figure rises to 76% in Spain, where the security of supply will not be impacted by this initiative thanks to the 5,695 MW back-up capacity in combined gas cycles the company operates.

Closure of the plants will not impact the company’s strong commitment to job stability since all the affected employees (90 at Lada and 80 at Velilla) will either be relocated to other facilities or will be engaged in their respective decommissioning process which will last for four years after approval of the closure by the Ministry of Energy, with an investment of €35 million. 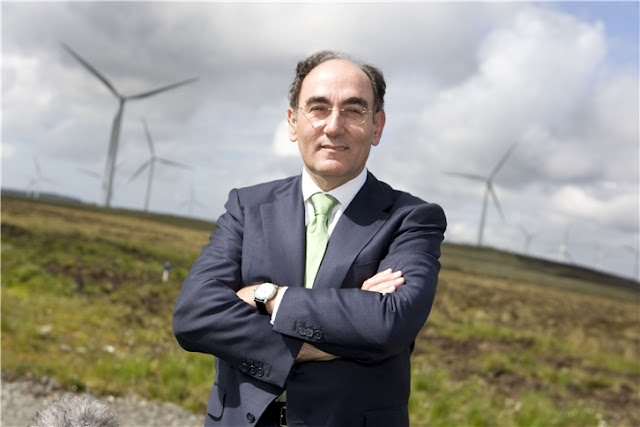 Thanks to the progressive decarbonisation of its electricity generation mix, over the past 15 years Iberdrola has become a reference point in the global fight against climate change, having invested €90 billion in the process.

Today, it has become a global leader in onshore wind while bringing down emissions to 70% below its European peers, representing an improvement of 75% since the year 2000.

In 2009, Iberdrola approved its Policy to Fight Climate Change undertaking, among other measures, to support an ambitious global emissions reduction target; to promote the development of efficient technologies to bring down greenhouse-gas emissions; to advocate for an integrated and fair global emissions market while fostering the efficient and responsible use of energy involving all company stakeholders.

Also, and in order to reduce emissions, it is essential for Iberdrola that a strong signal on CO2 prices is given to markets, affecting all sectors of the economy. In addition, the company understands that with the right climate policies the fight to mitigate emissions and adapt to global warming are opportunities for economic growth.

Lastly, the company has been working as a key partner with the United Nations Framework Convention on Climate Change and has an active presence at COP23 which takes place in Bonn until 17 November.