Iberdrola has successfully installed the 70 wind turbines comprising Wikinger offshore wind farm, the renewable infrastructure which the company is building in German waters of the Baltic Sea. 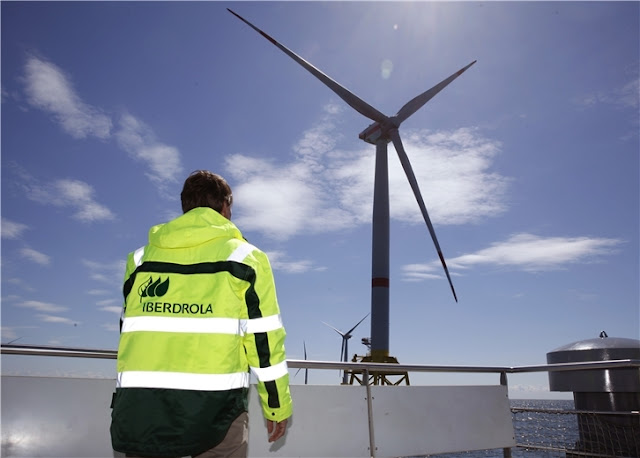 It is a new and significant milestone for Iberdrola as it enters the final phase for the plant’s commissioning, having completed the installation of the offshore substation and the inter-array cables connecting the wind turbines with the substation. 50Hertz, the transmission system operator responsible for connecting offshore wind farms in the German Baltic Sea to the mainland, is currently performing with highest priority the final cable laying works and the technical tests in order to be able to transport the electricity from Wikinger in a reliable manner to the consumer centres.

The company, turbine manufacturer Adwen and key subcontractor Fred. Olsen Windcarrier have met all the strict deadlines set for the construction of Wikinger, overcoming the technological challenges associated to an engineering work of this magnitude and the difficulties derived from extreme weather conditions during the winter months.

The strict implementation of health and safety guidelines by all companies involved in the construction of Wikinger has enabled works to be delivered with a zero-accident operation rate.

From this moment on, Iberdrola is moving its Wikinger base to the bespoke operation and maintenance building in the port of Sassnitz.

Wikinger illustrates key elements of Iberdrola’s strategy: strong investment activity to develop efficient renewable energies; commitment to reducing emissions and fighting climate change; technological innovation and international growth; and the opening up of new markets to its suppliers with an important pull effect: the creation of some 2,000 construction jobs comprising the port of Mukran and the factories where all its components were manufactured, mainly in Germany, Denmark and Spain.

With an investment of close to €1.4 billion, Wikinger has 350 megawatts (MW) installed capacity and it will generate clean energy equivalent to avoiding the emission of 600,000 tonnes of CO2 into the atmosphere per year.

This facility, located off the north-eastern coast of the island of Rügen, will supply some 350,000 German households, representing more than 20% of the energy demand in Mecklenburg-Western Pomerania, the region where the wind farm is located.

The AD 5-135 turbines, with 5 MW unit capacity each, were manufactured by Adwen in its factories in Bremerhaven and Stade (Germany).

They are the largest wind turbines installed by the company to date. They comprise a 222 ton nacelle, a rotor that is 443 feet in diameter with 254 feet long blades, and a 246 feet high tower.

Adwen is progressing with the start-up of the turbines, which will be operating in ‘island mode’, waiting for the energisation of the grid connection as soon as possible.

Iberdrola considers offshore wind power to be key to the company’s future and for this reason is committed to investing in this technology, currently focusing its activities in the United Kingdom, Germany, France and the United States.

The company already has the West of Duddon Sands (WoDS) offshore wind farm in operation, jointly owned with Dong Energy and commissioned in 2014. Investment in the project was more than £1.6 billion. WoDS has an installed capacity of 389 MW and is capable of generating enough clean electricity to supply approximately 300,000 British homes.

Iberdrola has already began construction at East Anglia One (EAO) in the British North Sea, one of the world’s largest offshore wind farms when it begins operation in 2020. With a budget of £2.5 billion and 90% of the supply contracts already awarded, this facility will be able to supply 714 MW of clean energy to more than 500,000 British homes.

The size of EAO is unheard-of in the renewable industry. For example, the wind farm area will exceed 115 square miles (mi2), the same as 30,000 football pitches; the cable that will transmit all of the power from the offshore wind farm to the onshore facilities will be around 53 miles long; the substation area will be 12 mi2; and the wind turbine blades will be 246 feet long. Also, the construction team at Iberdrola will be working with challenging volumes. The foundations for the wind turbines alone will weigh around 747 tons, the same as six aircraft.

In France, Iberdrola is also developing the Bay of Saint-Brieuc offshore wind farm project, off the coast of Brittany, which will be equipped with 62 turbines of 8 MW unit capacity each and be located 20 kilometres offshore.

All these investments highlight the company’s commitment with the development of renewable energy, essential to bring forward the energy transition to a decarbonised model and combat global warming. Iberdrola’s renewable capacity as of 30 September 2017 stands at nearly 29 GW with two thirds of the group’s generation capacity being emissions free.