Close to 1,000 business leaders, academics, environmental specialists, and high-ranking officials from around the world gathered in New York this week for the American Wind Energy Association (AWEA) Offshore WINDPOWER Conference. The conference comes at a time when the offshore wind industry is gaining traction in the U.S., fueled by the desire of many states and companies to scale up the industry and harness a new job-creating ocean energy resource. 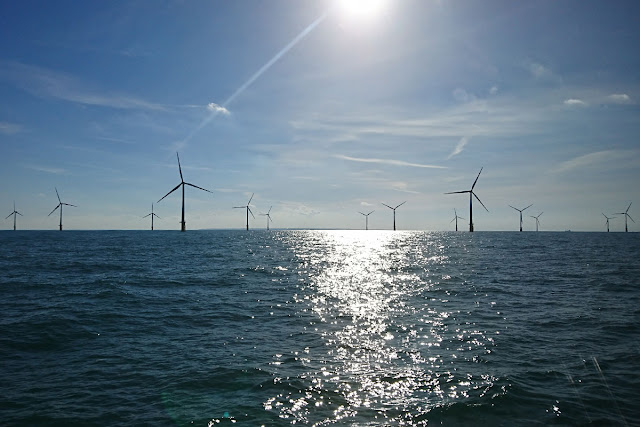 New York is an ideal location to develop offshore wind power, which can reliably deliver large amounts of clean energy to Long Island and the Big Apple’s millions of residents. New York State’s ambitious goal to build 2.4 gigawatts (GW) of offshore wind will help the nascent American offshore industry grow to scale. Capacity to build, deploy and maintain some of the world’s most powerful wind turbines would flow from new investments in America’s port and manufacturing infrastructure.

“New York intends to be the preeminent global hub for the next generation of the wind industry,” said Lt. Gov. Kathy Hochul of New York during welcome remarks. “Offshore wind is essential to meet New York’s ambitious energy goal and developing 2,400 megawatts of offshore wind will generate thousands of jobs in our state. We’re making unprecedented investments in infrastructure and laying the groundwork for the offshore wind industry, which is primed to benefit from New York’s talented, ambitious workforce. The economic and environmental benefits offshore wind will provide is a win-win for all New Yorkers. ”

New York isn’t the only state with strong offshore wind potential, nor is it the only state determined to capture the economic benefits. Conference attendees including Mary Beth Tung from the Maryland Energy Administration and Steve Pike from the Massachusetts Clean Energy Center were among those who remarked on friendly competition between states racing to develop an offshore wind industry. Maryland, Massachusetts, New York and New Jersey each have policies in place that will drive significant offshore wind capacity growth.

The economic development potential of offshore wind can generate benefits nationwide. There are 17 U.S. offshore wind projects in various stages of development off the East and West Coasts as well as the Great Lakes, representing over 9,100 MW of capacity. And developing an American offshore wind manufacturing supply chain, factory jobs and shipbuilding further expands the scope of opportunity.

These Gulf Coast firms are part of a growing cohort of businesses in the oil and gas supply chain leveraging their experience working with offshore infrastructure to capture new business in wind.