Zuma Energía has placed a firm and unconditional order for the Parque Eólico Reynosa project in the northeastern state of Tamaulipas, Mexico, which will be one of the largest wind power projects in Latin America. 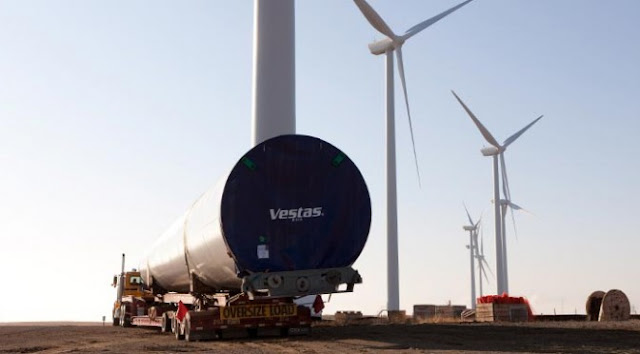 Established in 2014, Zuma Energía is a leading Mexican player within renewable energy financially backed by Actis and Mesoamerica, which both have a successful track record of building large renewable energy operations across the Americas and Europe.

“Mexico is undergoing a historical moment in its energy policy and we are extremely pleased to play an active role in this process. By building Mexico’s largest wind park with Vestas’ turbines we are taking a bold step in the country’s transition towards renewables”, says Adrián Katzew, CEO of Zuma Energía.

“Tamaulipas has a leading position in the country within wind energy and we are proud to be part of this by installing the Reynosa project. The blades for V136-3.45 MW projects in Latin America will be produced in Mexico which underlines our long-term localisation strategy in Mexico and Vestas’ strong commitment to support Mexico´s renewable target of 35 percent of clean energy by 2024”, says Angélica Ruiz Celis, Vestas’ Managing Director for Mexico and northern Latin America.

Marco Graziano, President of Vestas Mediterranean, comments “During the auction, we mobilised our teams in Mexico City, Madrid and Copenhagen in order to put all of our expertise, market-leading product portfolio and service offerings at Zuma’s disposal. Our ability to do so was key to helping Zuma build a compelling, profitable and sustainable business case, showcasing Vestas’ expertise in auctions”.

Vestas pioneered the Mexican wind energy market back in 1994 when it installed the first commercial wind turbine in the country. With this new order, Vestas has more than 1.5 GW of wind turbines either installed or under construction in Mexico.