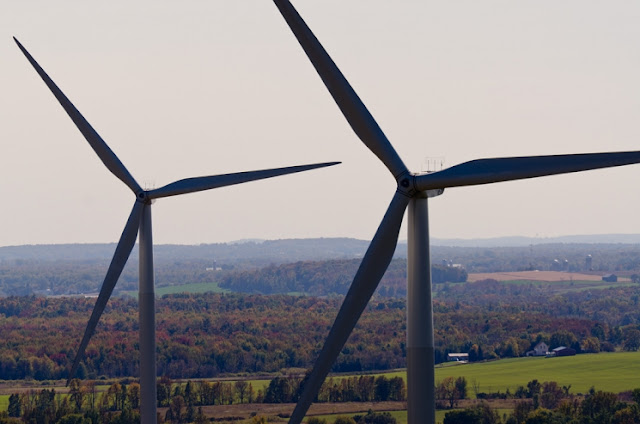 “We started American Wind Week to honor the American innovators who taught the world how to harness the wind for large-scale electricity generation. They shaped the wind into a productive resource that makes all Americans safer and our economy more prosperous,” said Tom Kiernan, CEO of AWEA. “And we aren’t about to cede wind power leadership. Every day U.S. wind workers put up an average of 10 more new turbines. Those turbines are the tip of a vast manufacturing supply chain, and they’re a rural economic development engine that spans all 50 states.”

Close to 99 percent of U.S. wind power capacity can be found in rural communities like Fowler, Indiana, where AWEA is hosting a wind energy fair during American Wind Week. Fowler encapsulates how valuable wind power can be. Wind projects in surrounding Benton County, with just over 8,000 residents, have drawn over $2 billion in capital investment. Nationwide, U.S. wind projects built over the last decade represent over $143 billion of investment.

Similar stories can be found across the U.S. heartland, where harvesting the wind builds stronger rural communities, including a quarter billion dollars being paid in lease payments to farmers and ranchers each year, and local taxes being used to repave roads, pay teachers higher salaries, and even build new schools.

Wind is a powerful job creator, with over 100,000 American wind workers across all 50 states. Wind jobs grew 9 times faster than the overall economy last year, and “wind turbine technician” is the fastest growing job in America, according to the Bureau of Labor Statistics. Over 60 percent of the value of a wind project is made-in-America by 25,000 workers at over 500 factories. Wind jobs are well-paying careers and an opportunity for U.S. veterans, which wind employs at a rate 50 percent higher than the average industry.

Even if you’ve never seen a wind farm up close, wind energy plays an important and growing role in Americans’ everyday lives. Wind power supplies over 5 percent of U.S. electricity today, with states like Iowa and South Dakota producing over 30 percent wind on an annual basis. Adding more wind energy to the electricity grid makes the system more affordable and reliable because wind has no fuel cost and delivers valuable services that make the grid more resilient.

Visit Americanwindweek.org to learn more. Share what U.S. wind leadership means to you on social media with #americanwindweek from August 6-12.