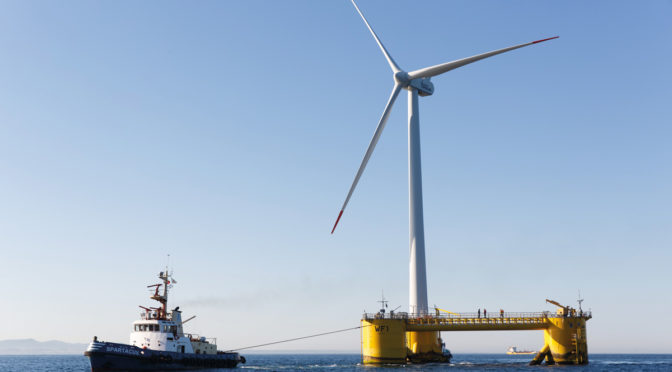 Gardline has been awarded contracts worth over £6 million by ScottishPower Renewables to carry out a range of pre-construction surveys across the East Anglia ONE, ONE North and TWO offshore windfarm sites. The work is underway, and is due to run until September, with support from various vessels from Gardline’s fleet.

Seajacks has also secured a contract to carry out work on the Wikinger Offshore Windfarm, which is being built in the Baltic Sea off the north coast of Germany. The Seajacks Kraken vessel is currently supporting work on the offshore substation, which will run across the summer. This builds on the previously announced contract for Seajacks to install jacket foundations on the East Anglia ONE offshore windfarm with the Scylla vessel.

Additionally, Gardline has been appointed (through its subsidiary Alpine) to carry out a geophysical survey in Massachusetts for the Vineyard Wind Project, which is owned 50% by ScottishPower Renewables’ sister company in the States, Avangrid Renewables.

Jonathan Cole, Managing Director of Offshore Wind at ScottishPower Renewables, said: “Seajacks and Gardline are at the forefront of their respective fields, and we look forward to a successful partnership with both companies as they deliver important projects for our global offshore wind power developments. Since we were awarded the rights to develop offshore wind projects in East Anglia in 2010 we have worked with many companies based in the region, and the local supply chain continues to offer industry-leading levels of expertise. Companies based in the East Anglia region have the potential to export their services anywhere in the world where offshore wind schemes are being considered.”

Blair Ainslie, Seajacks CEO, said: We are delighted that we have been able to secure contracts to work with ScottishPower Renewables in both the UK and Germany. We will be installing jacket foundations on East Anglia ONE with Seajacks Scylla and supporting the commissioning of the Wikinger offshore substation. This shows the full range of services which we are able to provide from our Great Yarmouth headquarters. Seajacks look forward to building on an already first class working relationship with one of offshore wind’s pioneering developers.”

Cliff Whatrup, Head of Hydro at Gardline, commented “This is a significant contract for Gardline, and we are proud to be contributing to the development of offshore wind energy in the region.”