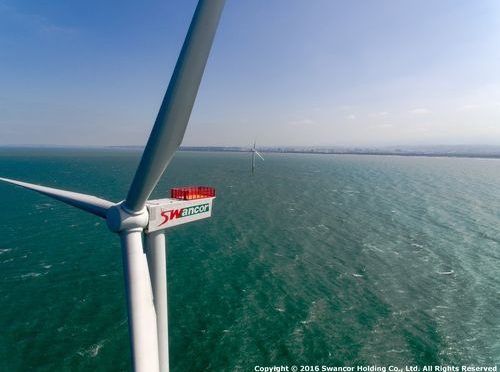 Taiwan’s first offshore wind farm off the coast of Miaoli County has generated 6.5MW as of late July since the launch of commercial operations in April, with capacity expected to grow to 120MW by 2019, according to local company Swancor Renewable, the lead developer for the project. 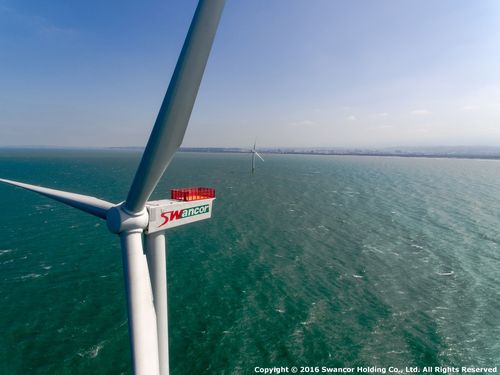 The wind farm project — Formosa I — is one of the three projects supervised by the Ministry of Economic Affairs’ Bureau of Energy as part of its stated goal to install 1,000 wind turbines by 2030, in support of the Taiwanese government’s plan to produce 4GW of electricity through offshore wind.

Two 4MW wind turbines with a capacity of 8MW were installed in November 2016 under the first phase and became operational in April 2017. The second phase involves the addition of another 30 turbines with a combined capacity of 120MW. Construction on phase two is expected to start in 2019 and begin commercial operation in the same year, according to Swancor Renewable.

Formosa II, which will be located off Miaoli, will have a planned capacity of 300-500MW and is expected to pass environmental impact assessment and obtain a commercial operating license in 2017.

Formosa III, which is located off Changhua County, has a planned capacity of 1,900 MW and is also expected to pass the environmental impact assessment and obtain a commercial operating license in 2017.

In addition to offshore islands, such as Penghu, the areas with the greatest wind energy potential in Taiwan are mainly along the western coast where wind speeds can reach an annual average of 6 meters per second, according to a study commissioned by the bureau.

The study shows that good spots for wind power electricity generation in northern Taiwan are mainly to be found in areas from Dayuan to Hsinwu in Taoyuan, Hsinfeng to Hsiangshan in Hsinchu and Houlung to Yuanli in Miaoli.

The entire coastal area of central Taiwan, from Tunghsiao in Miaoli, through Tachia, Wuchi and Tadu in Taichung, to Changhua and Mailiao are all suitable for wind power generation, according to the study.

In the south, coastal areas in Chiayi and Tainan, as well as Kenting in Pingtung are all areas with high wind energy potential, according to the study.