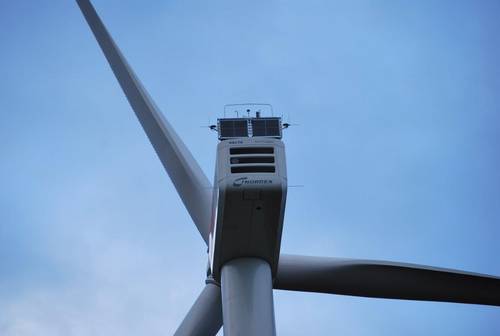 At the same time, new installations climbed to 713 MW in the second quarter (Q1/2017: 416 MW) and was thus largely stable compared with the same period in the previous year. Output improved in both turbine assembly and rotor blade production in the period under review. Turbine assembly output came to 1,536 MW (H1/2016: 1,298 MW). This growth of a more than 18 percent is largely due to the production of wind power systems in Spain, where Nordex addresses non-European market demand. Rotor blade production increased by 30 percent in the first half of the year, reflecting preparations for non-European projects scheduled for short-term completion.

At EUR 117.5 million (H1/2016: EUR 136.6 million), operating earnings before interest, taxes, depreciation and amortisation met expectations, translating into a Group EBITDA margin of 7.8 percent. This performance was underpinned by the good average margin on projects under construction, which is also reflected in the increase in the gross margin to 27.2 percent (H1/2016: 24.8 percent). Consolidated profit came to EUR 22.6 million (H1/2016: EUR 51.0 million).

As expected, the working capital ratio rose to 9.8 percent as of the reporting date due to preparations for numerous projects to be completed in the short term. As well as this, customer prepayments were down on the previous year.

At the same time, order intake rose substantially during the year. In the second quarter, Nordex received new orders worth EUR 572 Mio. All told, order intake in the first half of the year came to EUR 905 million but were down on the previous year (H1/2016: EUR 1,330 million). This was mainly due to more muted new business in Europe, which accounted for 43 percent of total order intake (H1/2016: 68 percent). Furthermore, order intake from non-European markets rose as a percentage of the total as well as in absolute terms.

As of 30 June 2017, Nordex had an order backlog including service business of a total of EUR 3.6 billion, which forms the basis for the confirmation of the full-year targets for 2017. Thus, sales are expected to come within a range of EUR 3.1 to 3.3 billion, accompanied by an EBITDA margin of between 7.8 and 8.2 percent. The Management Board expects the working capital ratio to drop to 5 – 7 percent in the second half of the year particularly due to prepayments received on new orders.

“Our focus is now on landing the projects that we are in an inch of getting. And we are responding to the changes in business volumes by stepping up cost discipline to support our profitability,” says Nordex CEO José Luis Blanco.