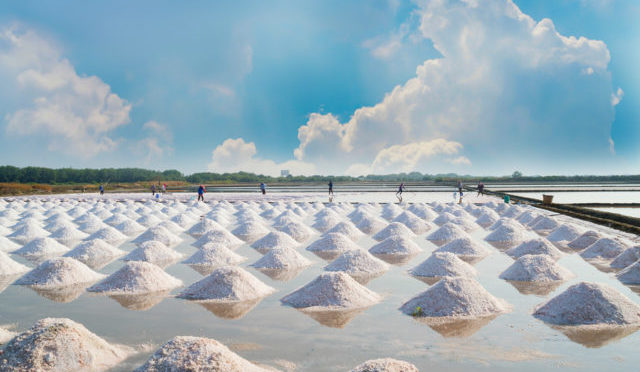 Alphabet’s X-Division continues to surprise and has just presented a new solution for the storage of renewable energy. The project was given the provisional name “Malta” and uses tanks of salt and some liquid hydrocarbon to generate and store energy with the aid of a turbine.

“The system takes in energy in the form of electricity and turns it into separate streams of hot and cold air. The hot air heats up the salt, while the cold air cools the antifreeze, a bit like a refrigerator. The jet engine part: Flip a switch and the process reverses. Hot and cold air rush toward each other, creating powerful gusts that spin a turbine and spit out electricity when the grid needs it. Salt maintains its temperature well, so the system can store energy for many hours, and even days, depending on how much you insulate the tanks. ”

With the salt’s ability to conserve energy, much of the electrical energy generated by solar panels and wind turbines that is not used could be stored. For example, the US state of California has only squandered about 300,000 megawatts of electricity this year that could have fueled tens of thousands of homes, according to the source.

However, this project is not in stages as advanced as the “Project Loon”. Alphabet has not yet been able to fund it completely, but has already built a conceptual version of this equipment in a shed in Silicon Valley and is seeking business partners to build a commercial prototype that can connect to the grid.

Salt-based energy storage can become a cheaper alternative than lithium-ion batteries for example. Even in the early stages of development, the project looks very promising, but it should still take time to get off the ground. Prices for materials such as natural gas and oil have been kept low and investors still do not see a quick profit return on alternative fuels. At least we know that money is not lacking for Alphabet.