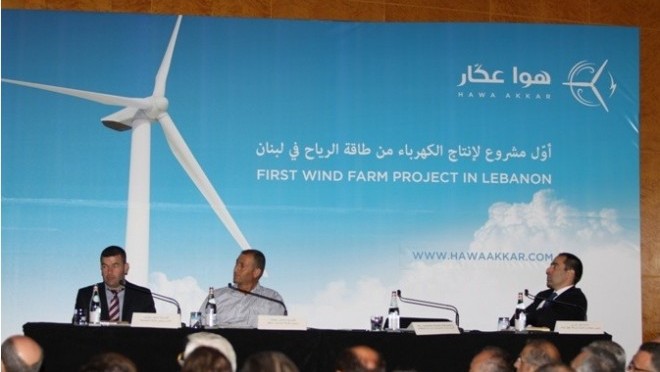 Three private companies in Akkar have received permits to build wind farms in this northern region of Lebanon to generate 200 megawatts (MW) in total. These companies are Hawa Akkar, Lebanon Wind Power, and Sustainable Akkar.

The companies have agreed to sell power to the state-run Electricité du Liban for 11.3 cents per kilowatt hour (kWh).

However, the government is currently negotiating with these companies to lower the tariffs.

According to the Chairman of the Lebanese Center for Energy Conservation (LCEC) Pierre Khoury, the fee ranges between 10.1 and 11.3 cents.

As soon as the companies and the government fix a price, a Power Purchase Agreement (PPA) will be signed. The negotiations will take up to three months.

The building of these wind farms, which will take 18 months, will be preceded by safety checks.

The project is expected to be complete in 2020.

The Lebanese government pledged during the Copenhagen Climate Summit in 2009 that Lebanon will be able to produce 12% of its electricity from renewable energy.

In 2010, the Lebanese Ministry of Energy partnered up with the UNDP CEDRO and tested the wind in Lebanon. According to the results, Lebanon is suitable to run on wind power.

Although there are no wind farms in Lebanon, there are few houses that operate on wind energy.

In addition to that, UNDP CEDRO has built 3 micro wind turbines in 2 public schools and one community center.