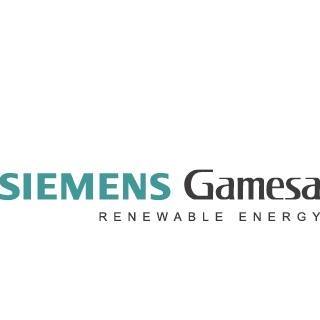 During this period, the company has accelerated its integration programme. The announced synergies of €230 million are now the ‘minimum’ and the company expects to realize these synergies in year 3, one year earlier than previously announced.

Markus Tacke, CEO of Siemens Gamesa, said: “We are highly satisfied with the progress to date in integrating the two companies. Things are progressing at a rapid rate: our company is ready to compete and lead in a growing and challenging market.”

Regarding the financial performance, in the third quarter of fiscal year 2017 , Siemens Gamesa Renewable Energy’s revenues amounted to €2,693 million, down 7% year-on-year, while underlying EBIT3 came to €211 million (-21%) with the margin at 7.8%. These results were impacted by specific onshore market conditions, including the temporary suspension of the Indian market. Stripping the impact of India, revenues were up 1.6% with a strong 8.6% growth in underlying EBIT margin.

Commercial activity and profitability
In the third quarter, revenue from the sale of wind turbines decreased by 9% to €2,393 million, reflecting lower sales volumes of 1,950 MW (-25%), as a result of temporary market conditions in the onshore business, as well as normal business volatility in the offshore market. In India, the market shut down pending a revamp of the auction system, which is expecting to normalize by the first quarter of fiscal year 2018.

Overall, the company expects an improvement in the renewable energy sector: demand prospects remain positive, emerging markets continue to play a particularly important role and the renewal of auctions is reactivating mature markets, for example Southern Europe, and activating new markets such as Argentina and Russia. Excluding China, the global market demand for installations is expected to increase by 8% from 36 GW in 2017 to 45 GW in 2020.

Siemens Gamesa continues to lead the offshore segment having installed 10 GW, nearly 70% of the global offshore fleet, and anticipates strong growth of more than 24% annually in offshore installations until 2020. The medium term prospects remain positive with an agreement reached this quarter with Dong for the construction of the Borssele 1 and 2 wind farms, involving 94 turbines (756 MW) to be commissioned by the end of 2020.

The O&M service revenue expanded by 8% to €300 million with an underlying margin of 16.7%. The fleet under maintenance continued to grow, reaching 54 GW worldwide (+13%).

In this specific market context, Siemens Gamesa obtained €135 million of underlying net profit between April and June, equivalent to €0.2 per share. Underlying EBIT [3] declined 21% to €211 million while the underlying EBIT margin was constant at 7.8%. These figures were also impacted by the disruption in business activity in India which is expected to normalise by the first quarter of fiscal year 2018.

The company continues to strengthen its balance sheet and ended the quarter with a net cash position of €236 million.

New Onshore CEO
Today, Ricardo Chocarro was named CEO of the company’s onshore business. For the past 18 years, Ricardo has held responsibilities at former Gamesa and since 2013 has served as CEO of the Europe, Middle East and Africa (EMEA) business.

“I am honored to be appointed for this responsibility” said Ricardo Chocarro. “We already play an important role in the global onshore renewable energy marketplace. I am convinced that we are prepared to lead the sector and take advantage of future growth”.

Ricardo has replaced Xabier Etxeberria, who leaves the company after 5 years of success and a major contribution to its development. Xabier has decided to pursue a new professional challenge. Siemens Gamesa thanks him for his leadership, commitment and dedication in recent years. “It has been a tremendous honor working for this great company during the last five years,” said Xabier Etxeberria, former Onshore CEO of Siemens Gamesa.

Moving forward with the integration
The integration process is confirming the company’s huge potential thanks to its bigger scale and global reach: a presence in more than 90 countries, an installed base of 75 gigawatts, and a strong order book of €21 billion. Markus Tacke, CEO of Siemens Gamesa, stressed that the company boasts “a very strong global presence, underpinned by solid relationships with customers around the world, a global supply chain and a broad manufacturing footprint. We have some of the most reliable and efficient products in the industry”.

All integration efforts are on track: the company is re-organizing departments; taking first steps about product portfolio, supply chain and manufacturing footprint. In this sense, Siemens Gamesa agreed to integrate Adwen within the group’s broader offshore operations which will allow it to better serve its customers and maximize business opportunities.

Besides, the company will announce its new Strategic Plan on 15th November at a Capital Markets Day. At that time, Siemens Gamesa will provide the product portfolio, the financial targets for fiscal years 2018-2020 as well as a global sales plan and a model for the future supply chain footprint.

[1] Siemens Gamesa’s financial year runs to the end of September.