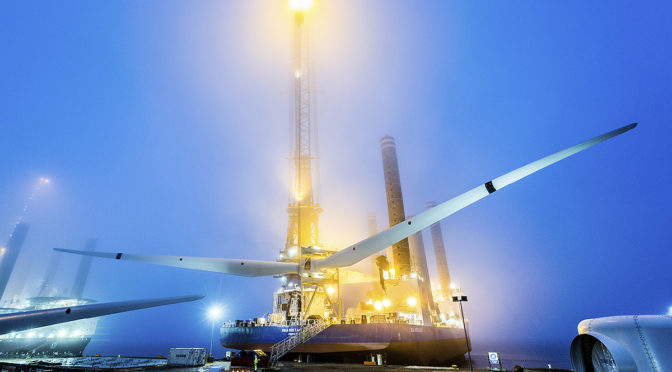 As the industry sets its sights on Amsterdam for WindEurope’s upcoming conference and exhibition this November, wind power has been enjoying a robust week in the historical land of the windmills.

On 6 July, it was announced that renewable energy firm Siemens Gamesa will install 94 turbines at the Borssele 1 and 2 offshore wind power plant. The 8 MW turbines will have a combined capacity of 752 MW, an amount Siemens Gamesa have said “will be sufficient to cover the annual energy requirement of one million households.”

This project demonstrates the degree to which international integration forms the backbone of the wind industry: Siemens Gamesa, a German-Spanish renewable firm, will have their turbines produced in Hull in Britain, while the nacelles will be assembled at the new Siemens Gamesa factory in Cuxhaven, Germany, before being installed in a Netherlands wind farm set up by Denmark’s DONG Energy.

Meanwhile, Swedish-owned Vattenfall and Nuon have linked 88 BMW i3 batteries into a mega battery at the Dutch Princess Alexandria Wind Farm. This battery will serve as a means to store surplus energy in order to stabilise the power grid while matching actual electricity demands. This mega battery not only demonstrates the increasingly flexible use of renewably-generated power, but also shows the ambition of the wind sector; at 3 MW, the scale of this mega battery is unprecedented in the Netherlands, and plans are already in place to expand the battery to 12 MW in the future.

These developments all reflect the degree of cooperation, innovation and ambition that mark the wind industry. Find out more about how wind is transforming the energy mix in the Netherlands, Europe, and worldwide, at WindEurope’s Conference and Exhibition in Amsterdam this November.