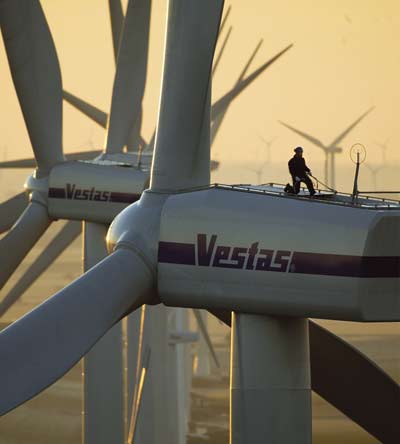 The turbines will be manufactured at Vestas’ Colorado factories and will be delivered in the second quarter 2018. The order includes supply and commissioning of the wind turbines as well as a five-year Active Output Management 5000 (AOM5000) service agreement, Vestas’ full-scope service package maximizing uptime and energy production.

“The historic Wind XI project will deliver clean, low-cost wind energy to MidAmerican Energy’s customers and communities while enhancing the reliability and resiliency of the grid. Hundreds of millions of dollars in economic benefits, including landowner lease payments, tax payments, and long-term secure jobs, will be generated to support the manufacturing, construction and operation of this project,” said Chris Brown, President of Vestas’ sales and service division in the United States and Canada.

MidAmerican Energy is the largest regulated utility owner of wind energy in the U.S. When fully operational, the Wind XI project will ensure the utility generates 85 percent of its retail energy load from wind.

The Wind XI project consists of multiple sites in Iowa that will be placed into service between 2017 and 2019.  Potential future order intake under overall agreement linked to the Wind XI project is expected to occur as partial deliveries under the master agreement and will be announced firm and unconditional consistent with Vestas’ order announcement policy.

With more than 36 GW installed in 45 countries on six continents since its debut, Vestas’ 2 MW platform is the most widely installed platform in the industry.