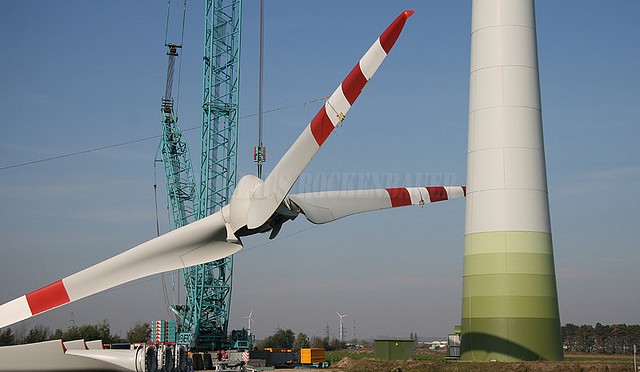 The wind farm includes twelve of 7.5MW turbines, which will replace 50 older models. Innogy, a subsidiary of RWE, has invested a total investment of about €150m in the wind farm.

This 90MW wind farm is part of a larger 430MW project at Noordoostpolder in the Netherlands. In total, the larger wind project will include about 86 wind turbines operated by different partners.

Combined output of these installations is enough to supply clean electricity to about 400,000 households annually.

Turbines installed at the Zuidwester wind farm are supplied by Enercon.These wind turbines will be replacing 50 wind turbine which were installed back in the 1980s and 1990s.

The total installed capacity of the wind farm has now increased sixfold from 15 to 90MW, thanks to the upgrade and annual energy production has increased by ten times.

According to the company, the new turbines are now operating at full capacity since the beginning of 2017 and feed electricity into the grid to supply power to approximately 80,000 households a year.

Innogy Renewables chief operating officer Hans Bünting said: “We built Zuidwester at a wind site that has a long tradition and that has always placed great emphasis on pioneering spirit. The first – and, for their time, most advanced – turbines already began turning here in the 1980s.

“Significant progress has been made since then. Thanks to enormous advances in this technology, wind turbines have developed into one of the most cost-effective means of generating electricity – something that is clearly shown by the results of the latest wind auctions. That is why we are backing the continued expansion of wind energy and, in the process, making our contribution to the success of the European energy transition.”