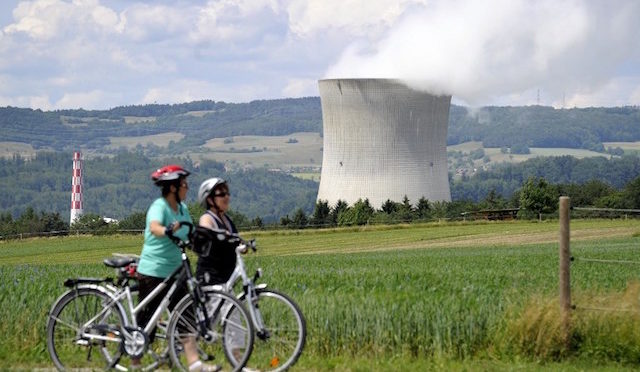 The Swiss appeared on Sunday to have voted in favour of a massive overhaul of the country’s energy system by gradually replacing the power from its ageing nuclear reactors with renewable sources.
According to preliminary results ticking in shortly after voting stations closed at noon (1000 GMT), a majority of Swiss voters supported the shift in Sunday’s referendum. 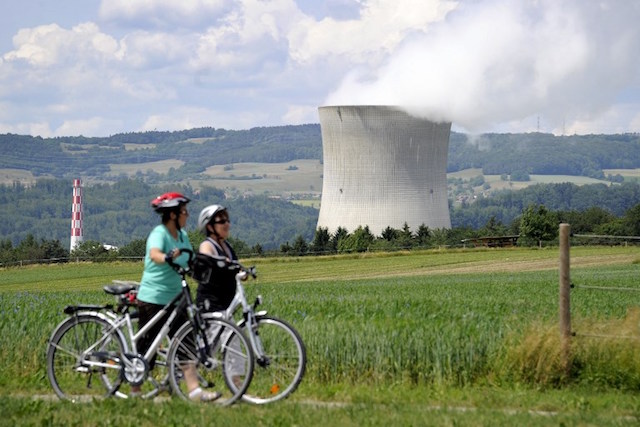 Initial results indicated a 58 percent vote in favour, according to the gfs.bern institute.
Final results were expected in by late afternoon, but backers of the change were already celebrating.
“This is a historic day for the country,” Green Party parliamentarian Adele Thorens Goumaz told public broadcaster RTS.
“Switzerland will finally enter into the 21st century when it comes to energy.”
The move has been in the making since shortly after Japan’s Fukushima nuclear plant was destroyed in the March 2011 tsunami disaster, when the Swiss government decided to gradually close its nuclear plants.
Instead, it aims to increase reliance on hydraulic power as well as renewables like solar, wind, geothermal and biomass.
Early polls had indicated broad support for the plan, but in the weeks ahead of the vote, suspense mounted as the “no” side gained significant ground in the polls.
Most Swiss voters cast their ballots by post in the weeks leading up to referendums, which are a staple of the country’s celebrated system of direct democracy.
Tallies of such early votes indicated that nearly 72 percent of voters in the canton of Geneva had voted for the plan, as had 62.1 percent in Bale-Town and nearly 60 percent in Zurich.
Shortly after voting closed, only three of Switzerland’s 26 cantons appeared to have rejected the new energy plan — Glarius, Argau and Schwyz, German-speaking cantons in the country’s centre.
The government’s 2050 energy strategy aims to decommission Switzerland’s five ageing reactors, which today produce around a third of the country’s electricity, as they reach the end of their safe operational lifespan.
But since all of Switzerland’s nuclear plants have open-ended operating licences, there is no clear cut-off date determining when they should be shut down.
Last November, Swiss voters rejected a call to speed up the phaseout of the plants by limiting their operational lifespan to 45 years, a move that would have seen three of the five reactors close this year.
While the new energy plan does not contain a clear timetable for the nuclear phaseout, it does contain ambitious targets for reducing energy consumption and for improving energy efficacy.
Compared to levels seen in 2000, it aims to cut average energy consumption per person per year by 16 percent by 2020 and by 43 percent by 2035.
It also calls for a rapid increase in the use of renewable power sources.
The Swiss parliament supports the new law, with the exception of the country’s largest political party, the populist Swiss People’s Party (SVP), which requested Sunday’s referendum.
“I’m very worried about the future,” SVP parliamentarian Celine Amaudruz told RTS as the referendum results ticked in.
SVP maintains the energy shift will be too expensive, would threaten Switzerland’s energy supply and would “disfigure” the country’s pristine natural landscape with more wind turbines and solar panels.
The party has campaigned heavily against the plan, maintaining that it would cost around 200 billion Swiss francs ($205 billion, 179 billion euros) to implement until 2050.
This, it claims in campaign posters plastered around the country, would amount to 3,200 Swiss francs per four-person household per year in additional energy costs and taxes, with no guarantee of hot water.
“Who wants to pay 3,200 francs more… for a cold shower?” the posters ask.
The government has rejected that claim, maintaining that the additional cost per household would be about 40 Swiss francs per year compared to today’s prices.
And it says the cost could easily be offset by improving energy efficiency in buildings, which reduces heating costs.