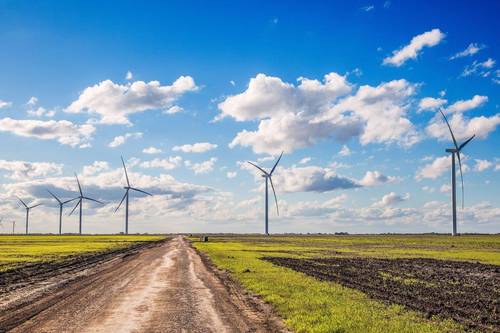 The Nordex Group has received an order to raise the yield of a total of 63 existing multi-megawatt turbines from its customer ERG SpA in Italy. The operator plans to equip three wind farms with the performance-enhancing “Xtended Power” technology. In principle an increase in yield of up to two percent can be obtained using this product package.

This is achieved by a combination of optimised pitch control and a more intelligent turbine control system. The manufacturer has offered the Xtended Power package for N80/2500, N90/2500 and N90/2300 turbines since autumn 2016.

The “Fossa del Lupo” and “Amaroni” wind farms are situated in the region of Catanzaro and have been in operation for a good five years. The third project, “Vicari”, is in Sicily and has been feeding green electricity into the Italian grid for nine years. The N90/2500 is in use in all three cases and these turbines have been initially serviced by the manufacturer since their installation and actually fully operated by Erg. “It’s important for Erg to have a good cooperation with the manufacturer and in Italy we can say that the objective has been achieved through an effective solution for turbines production optimization”, says Andrea Gaspari, Country Manager Italy ERG Power Generation SpA.

The Xtended-Power technology is included as a standard in the newer turbines.