ACCIONA Energy has begun construction work on the 132-megawatt Mount Gellibrand wind farm in the State of Victoria. With an estimated investment of 258 million Australian dollars (around 183 million euros at current exchange rates), the new wind farm will strengthen ACCIONA’s presence in the renewables sector in Australia, one of the company’s strategic markets.

“We are very pleased to have achieved viability for 132 MW of wind power capacity in Victoria, which will mean higher investment, more jobs and a greater contribution of clean energy to the community, within our clear growth strategy in the country,” said ACCIONA Energy Oceania Managing Director Andrew Thomson during the ceremony to  turn the first sod for the wind farm, attended by Victorian Renewable Energy Advocate Simon Corbell, Colac Otway Shire Mayor Chris Potter, local business representatives and other community members.

ACCIONA Energy will build and operate the new wind farm, located 65 kilometres west of Geelong and 25 kilometres east of Colac, under its ownership. Mt. Gellibrand will be equipped with forty-four Nordex AW125/3000 wind turbines. This model, optimized to obtain the maximum energy possible on sites with medium wind speeds and low turbulence, has rated power of 3MW and a rotor sweep of 125 metres, being installed on an 87.5-metre-high (hub height) steel tower.

The project will create more than one hundred direct jobs at the busiest times of the construction phase, while the supply of equipment for the wind farm will also generate employment in several companies in Victoria.

Following its entry into service, planned for July 2018, Mt. Gellibrand will produce around 429 gigawatt-hours (GWh) a year, equivalent to the electricity consumption of around 60,000 homes and avoiding the emission of some 412,000 tonnes of CO2 to the atmosphere from coal-fired power stations. 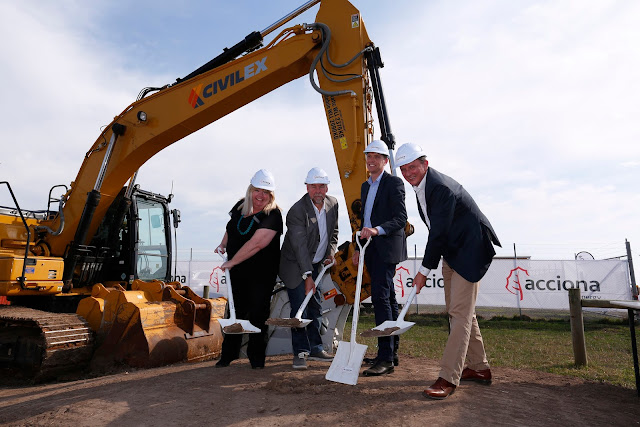 ACCIONA Energy now has 302.5 MW of wind power capacity operational in Australia, in three wind farms: Cathedral Rocks (64 MW, South Australia), Waubra (192 MW, Victoria) and Gunning (46.5 MW, New South Wales). This means that the country is now the fourth most significant in terms of wind power implementation by ACCIONA after Spain, the USA and Mexico.

Together with the development of its own installations, in 2014 the company put a 20-megawatt rated power (24 MWp) photovoltaic plant into service in the Australian Capital Territory (ACT).

ACCIONA Energy currently has wind power and photovoltaic projects under development in Australia that it expects to materialize in the near future.

ACCIONA has been operating in Australia since 2002, where it is involved in Infrastructure (Construction and Water) projects too. In Construction, ACCIONA built the Legacy Way tunnels in Brisbane, and is currently building the Toowoomba Second Range Crossing, the Warrell Creek – Nambucca Heads section of the Pacific Highway, the Clarence River Bridge, and Sydney Light Rail. In the Water sector, ACCIONA is member of the consortia that designed, built and currently operates the Adelaide desalination plant and the Mundaring drinking water plant.