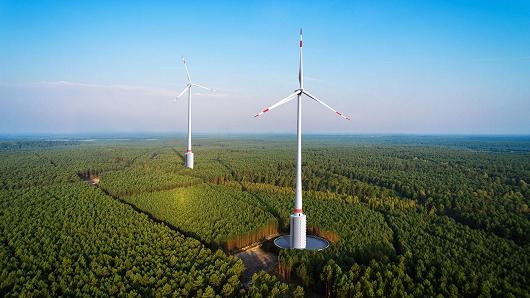 In Germany, two renewable energy sources are being combined in a novel project looking to break new ground and transform the scenery of a German forest.

GE, through GE Renewable Energy, has signed an agreement with Max Bögl Wind AG to both deliver and commission what it has described as “the world’s tallest and first ever wind turbine integrated with pumped storage hydro-electric power.”

In and of themselves, wind and hydro are becoming increasingly important sources of power. The International Energy Agency (IEA), for example, describes hydropower as “the largest single renewable electricity source today.” Wind energy, it states, is moving towards becoming a “mainstream, competitive and reliable power technology.”

The scale of the project GE is involved in, which is based in the Swabian-Franconian Forest in Germany, is considerable.

The wind turbine towers used in the project will have a “total tip height” of 246.5 meters, with each tower’s base and surrounding area used as a water reservoir. 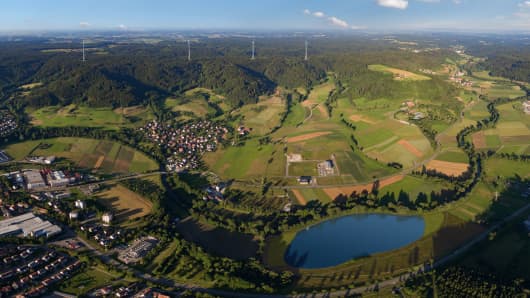 In addition, a valley nearby – around 200 metres below the turbines – will be home to a lake and a pump/generator hydro plant with a capacity of 16 megawatts.

“And then, at times when there’s not so much demand you can actually pump the water back up hill and it’s ready to use again.”

Construction of the project is underway, Harris added. GE has said that the four turbines are anticipated to be commissioned by the end of the year, with the “full” power plant expected to be in operation by the end of 2018.