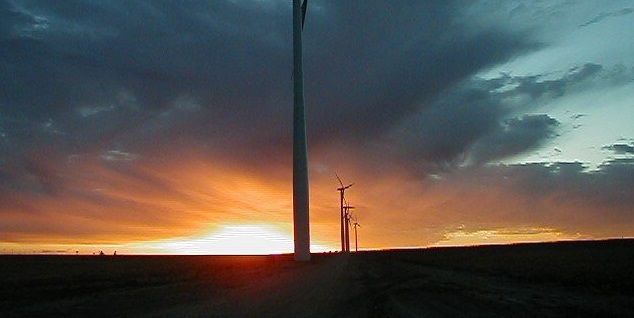 The wind facility, whose construction required a total investment of approximately 610 million US dollars, is owned by EGPNA Renewable Energy Partners, LLC (“EGPNA REP”), an equally owned joint venture between EGPNA and GE (NYSE: GE) unit GE Energy Financial Services. Cimarron Bend can generate around 1.8 TWh annually, providing enough energy to meet the annual consumption needs of more than 149,000 U.S. households, while avoiding the emission of around 1.3 million tonnes of CO2 each year.

“We are pleased to announce the entry into service of this major wind farm, which is also the first in Enel’s US portfolio to generate energy for a corporate off-taker” said Rafael Gonzalez, Head of EGPNA. “Thanks to this significant achievement, in Kansas we are now managing our largest portfolio of North American wind farms and we are further strengthening EGPNA REP, the joint venture which is supporting our dynamic, sustainable growth in North America.”

The power and renewable energy credits from Cimarron Bend are being sold under two bundled, long-term power purchase agreements (PPAs). The first PPA, with Google, began at the end of 2016 with the entry into service of the first 200 MW of the facility. The second PPA is with the Kansas City Board of Public Utilities (BPU) and for the 200 MW that have just begun operating.

EGPNA is present in 23 US states and two Canadian provinces with more than 3.2 GW of managed capacity, spread across four different renewable energy technologies: wind, solar, geothermal and hydropower.