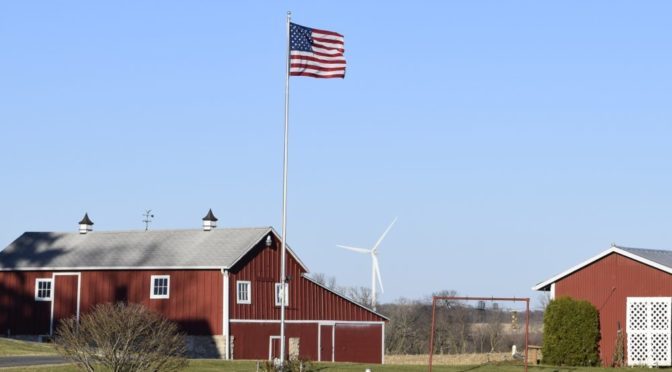 Do these cities sound like they have a lot in common to you?

One is in Wisconsin, and one is in Louisiana. One is a college town of over 234,000 people, and the other is one-tenth of that size, barely cracking 2,300.

Over 70 percent of voters in City A voted for Hillary Clinton, and more than 75 percent voted for Donald Trump in City B.

And yet, despite these differences, both Madison, Wis. and Abita Springs, La. made the same pledge this week: they committed to move to 100 percent renewable energy, showing wind power isn’t red or blue– it’s American..

This offers yet another example that no matter where Americans live or what political beliefs they hold, we all realize generating more of our electricity from renewables makes sense. So it’s no surprise 83 percent of Americans support growing wind power according to a recent Pew poll.

Here’s what people are saying about the news:

Because wind energy’s costs have fallen by two-thirds over the last seven years, it’s now the cheapest source of new electric generating capacity in parts of the country and cost-competitive in many more. That means it can help these cities meet their targets while saving money for families and businesses.

Check out this video of Greensburg, Kan. to learn more about why its residents decided to move toward a renewable future: