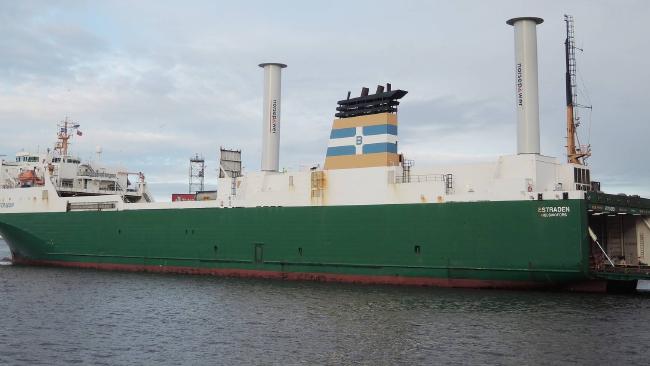 More than a century after shifting away from wind power, the shipping industry is looking at ways to harness ocean breezes once again — this time to reduce reliance on fuel.

The latest effort by Denmark’s Maersk Tankers uses rotating cylinders about 30m high that can function as hi-tech sails. The company, a unit of AP Moeller Maersk, said it would begin testing on one of its tankers and could add the technology to as many as four dozen ships.

Industry executives said previous efforts to harness the wind didn’t catch on with shipping operators as either the cost of such technologies was too high or tests didn’t yield the expected fuel savings. However, the lightweight and relatively cheap rotating sails show more promise, they said.

The cylinders are made with lightweight composite materials by Finland-based Norsepower Oy, and cost €1 million to €2 million ($1.4m-$2.8m) to fit to a ship, depending on its size. The design takes advantage of the so-called Magnus effect, in which a spinning object drags air faster around one side, creating a difference in pressure that moves it in the direction of the lower-pressure side.

The sails are already in use on a ferry operated by Dutch shipping firm Bore and are expected to be installed on a Viking Line cruise ship. Maersk’s trial run of the technology is a joint venture with Norsepower, Royal Dutch Shell and Britain’s Energy Technologies Institute, an industry group focused on alternative fuels.

Bore vice-president Jorgen Mansnerus said the company installed the sails in one of its ships in 2014 and the results were better than expected.

“If you have good wind, you save 6 per cent on fuel,” Mr Mansnerus said. “It’s an important cut in costs. The sails are durable. We plan to use them for a long time and are thinking of adding them to more ships.” ?Maersk Tankers doesn’t yet have a cost estimate for the project, but believes the technology could cut its fuel consumption by as much as 10 per cent and help it meet increasingly stringent emissions standards. It currently spends $US2.1 billion ($2.8bn) a year on fuel costs.

Tommy Thomassen, Maersk Tankers’ chief technical officer, said the company was considering using them on its fleet of 45 long- and medium-range product tankers, though it wouldn’t decide whether to roll them out until mid-2019.

Other shipping operators are also looking for ways to cut fuel costs.

Food and commodities giant Cargill has equipped one chartered dry bulk carrier with a 320sq m kite made of artificial fibres by Germany’s SkySails, although shipping executives say such technology hasn’t been widely applied to ocean-going vessels.

Maersk has said that the rotor sails it is testing are the most promising technology yet, but it has also been exploring other efficiency measures. It is testing drones to deliver ship supplies instead of traditional barges, as well as special paints on its hulls that would cut down on algae and other microorganisms that increase drag.