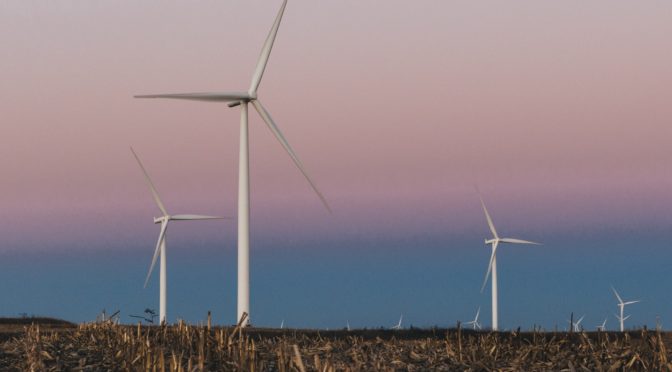 GE, in collaboration with AGL Energy (AGL) and civil engineering construction company, CATCON, announced a major contract to develop and build the $450 million Silverton Wind Farm, in what will be the sixth largest wind farm in Australia.

The Silverton Wind Farm is the first greenfield development under the Powering Australian Renewables Fund (PARF), a partnership between AGL, QIC and Future Fund for the development of approximately 1,000MW of large-scale renewable energy projects.

The 58 GE 3.4MW wind turbines will be the largest in Australia, with rotors spanning 130-metres. Once operational the wind farm will generate approximately 780,000 MWh of energy annually, enough to power the equivalent of more than 137,000 average Australian homes.

It is estimated that the project, located in western New South Wales, could generate up to 150 jobs during peak construction, many of which will be sourced from the local community.

Geoff Culbert, CEO, GE Australia & New Zealand said: “We are proud to be working in collaboration with AGL and CATCON to implement world-leading renewable energy expertise on a project that will have a major impact on reducing Australia’s greenhouse gas emissions and accelerate the country towards its Renewable Energy Target.

“Not only is this project innovative in its technology, but it’s also a clear demonstration of how an innovative financing structure can be used to unlock investment in large-scale renewable energy projects,” said Mr Culbert.

AGL Managing Director & CEO, Andy Vesey, said: “We look forward to working with GE and CATCON in developing the Silverton Wind Farm on behalf of PARF. The fund was established to kick start growth in renewable generation in Australia, and Silverton is proof of this.

“However as we transition to a low carbon economy we also have to consider further policy changes to facilitate this pathway,” said Mr Vesey.

The renewable energy produced by the Silverton Wind Farm will reduce Australia’s CO2 emissions by 655,000 tonnes annually, the equivalent of taking 192,000 cars off the road each year.

The Silverton Wind Farm will be located in the Barrier Ranges of NSW, with its south-western boundary approximately five kilometres north of Silverton and approximately 25 kilometres north-west of Broken Hill. The placement of turbines will be located over the Mundi Mundi Range in the southern portion of he site and Mount Robe Range in the northern portion of the site.

The wind farm is expected to be fully operational by mid-2018.