Renewable energy is leading to more sustainable, but not less comfortable or more expensive ways of living. How do I know? Because it’s near zero and I’m being warmed by an electric, air-based heat pump installed four years ago offset by solar panels.

As more and more renewable energy comes on line, prices are falling dramatically. Bloomberg News shouted in 2015 that “Fossil Fuels Just Lost the Race Against Renewables: The world is now adding more capacity for renewable power each year than coal, natural gas, and oil combined. There’s no going back.” Debora Frodl, executive director of GE’s Ecomagination, predicts, “Renewable energy will increasingly become the technology of choice for economic reasons around the world.”

The fossil-fuel industry knows that and they’re out to destroy the competition. Within a couple of weeks, their friend in the White House may upend decades of U.S. leadership, research, innovation and progress on renewable energy on the false promise of job growth. But if the U.S. steps back, other nations will surge into the gap.

Scotland is already generating 97 percent of household electricity from wind. Germany is meeting 60 percent of its peak electricity demand with solar. Uruguay invested in wind and solar without subsidies a decade ago and now generates 97 percent of electricity from renewables at a lower cost than before, crediting “clear decision-making, a supportive regulatory environment, and a strong partnership between the public and private sector.” Sweden has challenged the world’s nations to be the first to go 100 percent renewable in a race it expects to win.

The sad thing is that 2017 marks the debut of so much good news about renewable energy innovation in America. According to the U.S. Department of Energy, “the potential for U.S. offshore wind energy is massive – more than four times the nation’s annual electricity production.” The nation’s first offshore wind farm started turning in December off the coast of Block Island. Eversource just took a 50 percent stake in a new company, Bay State Wind, with Dong Energy of Denmark, which holds the rights to 300-square-miles off Martha’s Vineyard.

Renewable energy is hindered by the lack of affordable battery storage, but last May, a California graduate student invented a solution using a simple gel. According to MIT’s Technology Review, “batteries typically die after 5,000 to 7,000 cycles [but] the gel electrode went through 200,000 charge cycles over three months without losing any capacity or power.”

By the end of 2017, nearly 5,000 American homes will be “net-zero,” generating as much energy as they use. Their secret is rooftop solar, smart thermostats, LED lights, heat-pumps for heating and cooling, tankless, solar or heat-pump water heaters and other features that reduce external energy use – and bills – to pretty much zero. California’s goal is for all new homes to be net zero by 2020. 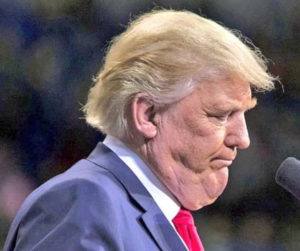 In 2000, the Earth’s population was 6 billion. It is projected to rise to 10 billion by 2062. China’s smog-choked cities and contaminated air and rivers offer a hellish preview of the unfettered use of fossil fuel combined with population growth. And China is now changing course. The question isn’t whether the world can afford to shift to clean energy, but which nation will lead and how long it will take. In early 2017, the answer seems to be “not us” and “not long.”