The amount of energy generated by renewables fluctuates depending on the natural variability of resources at any given time. The sun isn’t always shining, nor is the wind always blowing, so traditional power plants must be kept running, ready to fill the energy gap at a moment’s notice. Because the grid has no storage, and unlike coal or nuclear, there is no control over the fluctuating production of renewable energy, the energy they produce has to be consumed straight away, or risk collapsing the electrical grid. 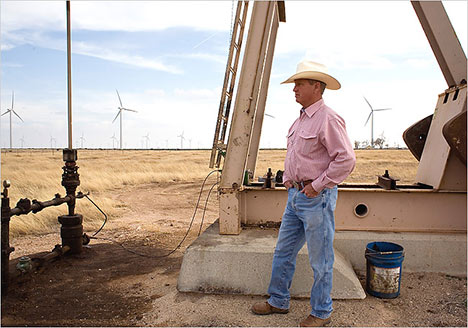 On particularly windy days, for example, surges in power generated by wind turbines have been known to overwhelm the electrical grid, causing power outages. To avoid this, operators of large power plants sometimes resort to paying consumers to use electricity on particularly sunny and windy days when there is too much excess power in the system, in order to balance the supply and demand of energy at the grid. Dealing with the peaks and troughs of intermittent renewable energy will become increasingly challenging as governments try to phase out of more stable coal-powered energy sources in the coming decades. In order to mitigate or manage these fluctuations in renewable energy, we need to understand the nature of these fluctuations better. Professor Mahesh Bandi, head of the Collective Interactions Unit at the Okinawa Institute of Science and Technology Graduate University (OIST) has used turbulence theory combined with experimental wind plant data to explain the statistical nature of wind power fluctuations in a single-author paper published in Physical Review Letters. Wind speed patterns can be depicted as a wind speed spectrum on a graph. In 1941, Russian physicist Andrei Kolmogorov worked out the spectrum of wind speed fluctuations. Subsequently, it was shown that the spectrum for wind power follows the exact same pattern. However, until now, it was simply assumed that these spectra were identical due to the relationship between power and speed, where power equals wind speed cubed. But this proved to be a red herring. Professor Bandi has shown for the first time that the spectrum of wind power fluctuations follows the same pattern as wind speed fluctuations for a different reason. Kolmogorov’s 1941 result applies to measurements of wind speed made at several distributed points in space at the same time. But wind power fluctuations at a turbine are measured at a fixed location over an extended time period. The two measurements are fundamentally different, and by carefully accounting for this difference, Professor Bandi was able to explain the spectrum of wind power fluctuations for an individual turbine. We can think of turbulence as a ball of air, or an ‘eddy’, of fluctuating wind speed. Long time-scale, low frequency eddies can span hundreds of kilometers. Inside these large eddies are shorter time-scale, high frequency eddies that might span a few kilometers. Therefore, if all of the turbines in the same wind plant fall within the same short and long time-scale eddies, the energy they produce fluctuates as if the entire plant were one giant turbine. This is exactly what Professor Bandi found when he looked at the wind power fluctuations of all of the turbines in a wind plant in Texas. In fact, even geographically dispersed wind plants can exhibit correlated fluctuations in power if they fall within the same short and long time-scale eddies. However, as the distance between wind plants increases, their power fluctuations start to decouple from each other. Two geographically dispersed wind plants might encounter the same long time-scale wind speed fluctuations whilst encountering completely distinct shorter time-scale wind speed fluctuations. In the past, some scientists have underestimated the problem of turbulence, arguing that the power produced by geographically dispersed wind turbines in windy and calm locations at any one point in time will average out when they reach a centralized grid. However, Professor Bandi’s findings show for the first time, that this phenomenon, known as ‘geographic smoothing’, only works to a certain extent. The power generated by geographically dispersed turbine plants averages at high frequencies, because while one plant might fall within the short time-scale eddy, the other might not. In other words, the surge in power output at one plant is averaged out by a trough in power output from another, far-away plant at high frequencies. But because the plants still fall within the same long time-scale eddy, the power they produce will have correlated fluctuations at low frequencies.

A surge in power at one wind turbine plant will coincide with the surge at a far-away plant within the same long time-scale eddy, meaning that the power they feed to the grid cannot be averaged out. This means that there is a natural limit to how much one can average fluctuations in wind power; a limit beyond which fluctuations can continue to wreak havoc on the grid. Using data from 20 wind plants in Texas and 224 wind farms in Ireland Professor Bandi showed that this limit exists in reality.

“Understanding the nature of fluctuations in wind turbine power has immediate implications for economic and political decision making,” says Professor Bandi. Due to the variability of renewables, coal-fired power plants providing back-up energy are kept running in case of sudden power outages, meaning that more energy is produced than needed. This means that ‘green’ energy is still contributing to carbon emissions, and there is an associated cost of maintaining reserve energy, that will only increase as the proportion of renewables increases in the years to come. The discovery of a limit in geographical smoothing, articulated by Professor Bandi, will enable better estimates of the operative amount of reserves that needs to be maintained.

This discovery will also impact environmental policy. By considering the limit for averaging fluctuations of power, combined with the availability of different renewable resources such as sun, wind and waves in a particular area, policy-makers will be better equipped to work out optimal combinations of different energy sources for specific regions “Understanding the nature of fluctuations for wind turbines could also open up other avenues of research in other fluctuating systems,” says Professor Bandi.