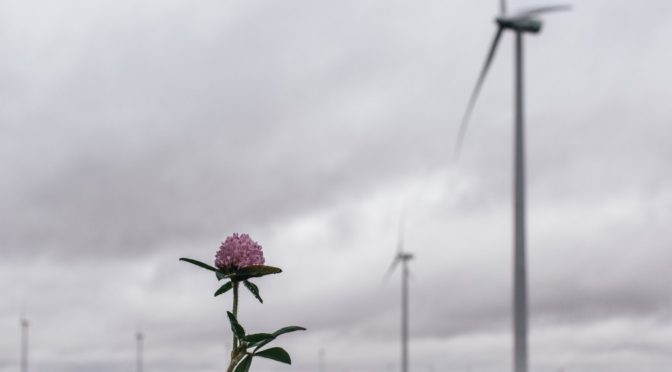 Ohio legislators just passed a bill that would make renewable energy standards voluntary for the next two years, continuing the state’s clean energy ‘freeze’. This essentially means Ohio will turn its back on clean energy and abandon billions of dollars of investment in the local economy.

The good news is Gov. Kasich still has a chance to stop it by using his veto power.

Wind energy represents a big opportunity for Ohio. It boasts more factories that build wind-related parts and materials than any state in the country. Over 60 of them crank out parts for the wind industry, and Ohio workers stand to gain major new projects if the state gets back on the clean energy track. If Gov. Kasich fails to veto this bill, it will push more and more of Ohio’s economic development opportunities to neighboring states.

Wind energy is extremely popular in Ohio, just like it is nationally. In recent polling, 83 percent of Ohioans voiced support for increasing RPS commitments to clean energy. And it’s not a partisan issue. 62 percent of conservative leaning voters in another poll said that they would like to see the RPS policy come back.

What these voters understand is that wind energy is a great American success story. Ohio is an important part of that achievement.

Nationally, the cost of wind energy has fallen by 66 percent since 2009, driven down by American innovation and an expanded manufacturing supply chain. 21,000 American workers at more than 500 factories make most turbine components right here in the U.S. In fact, the wind industry is a major source of good manufacturing jobs, like the ones at Timken in North Canton, or foundry workers in Elyria, or fiberglass workers at MFG global in Ashtabula, or torque drive manufacturers in Sharon Center.

Within the last two years, seven state legislatures have voted to expand their RPS policy targets, many to 50 more or more clean energy. Expanding commitment to low-cost, clean energy while providing consistent and reasonable siting standards is a recipe for economic success in Ohio and the entire U.S.

If you live in Ohio, contact Gov. Kasich and tell him to veto this bill.