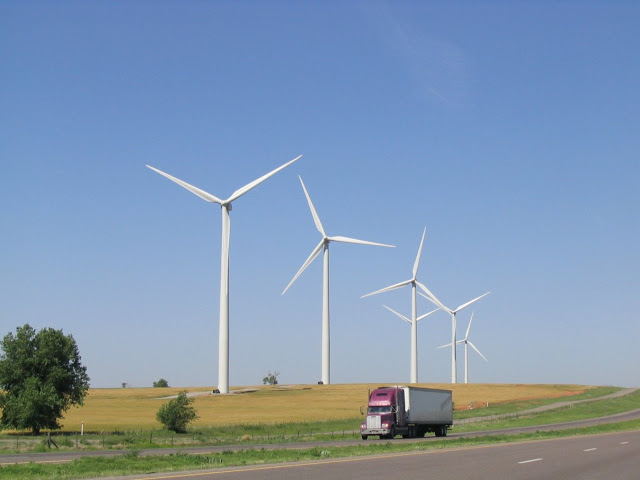 “With Drift Sand and Chisholm View II we have achieved the significant milestone of having more than 1 GW of operational wind capacity in Oklahoma”, said Rafael Gonzalez, Enel’s Head of Renewable Energies for North America. “These projects signify our continued commitment to growth not only in Oklahoma, where we are playing an integral part in diversifying the state’s renewable energy economy, but also in other states of the US, a country where in 2016 we started construction of more than 1 GW of renewable energy projects.”

Located in Grady County, Drift Sand  is expected to be able to generate around 480 million kWh annually – equivalent to the energy consumption needs of over 39,000 U.S. households – while avoiding the emission of over 348,000 tonnes of CO2 into the atmosphere each year. The facility is owned by Drift Sand Wind Holdings, LLC, which is in turn owned by EGPNA subsidiary Enel Kansas, LLC, and required an overall investment of approximately 180 million US dollars.

Chisholm View II, located in Grant and Garfield Counties, is an expansion of the existing 235 MW Chisholm View wind farm and increases the site’s overall installed capacity to 300 MW. The project is expected to generate over 240 million kWh each year – equivalent to the energy consumption needs of over 19,000 U.S. households – while avoiding the annual emission of over 126,000 tonnes of CO2 into the atmosphere. The facility is owned by Chisholm View II Holding, LLC, which is in turn owned by Enel Kansas, LLC, and required an overall investment of approximately 90 million US dollars.

The power and renewable energy credits from both Drift Sand and Chisholm View II will be sold under bundled, long-term power purchase agreements.

With the start of operations of the Chisholm View II and Drift Sand wind farms, EGPNA now manages the second largest wind capacity in Oklahoma with a total of eight wind sites including Rocky Ridge (150 MW), the aforementioned Chisholm View, Origin (150 MW), Osage Wind (150 MW), Little Elk (74 MW) and Goodwell (200 MW). Since EGPNA entered the Oklahoma wind market in 2012, the company has experienced a six-fold increase in capacity in the state.

EGPNA is present in 23 US states and two Canadian provinces with more than 2.6 GW of managed capacity spread across four different renewable energy technologies: wind, solar, geothermal and hydropower.