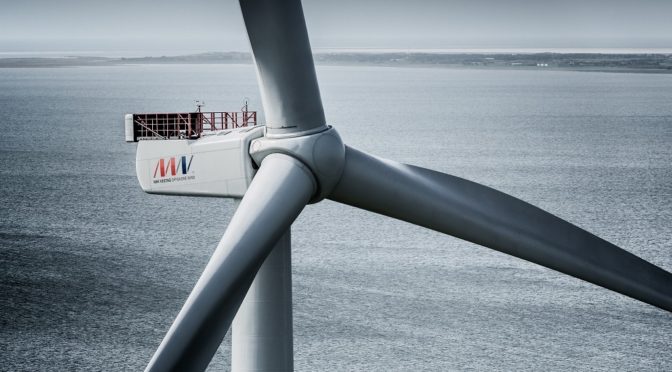 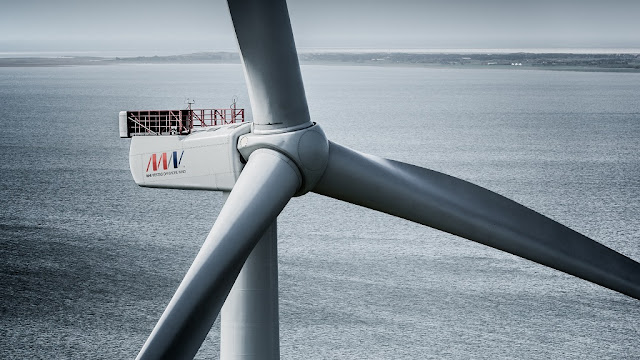 MHI Vestas Offshore Wind won the competitive tender process and was awarded the firm & unconditional contract for the 370 MW Norther offshore wind power plant in Belgium. The project is owned by Norther N.V. a JV between Elicio and Boreas (Eneco & Mitsubishi Corporation). The project will be developped with three sponsors Elicio N.V. (50%), Eneco (25%) and Mitsibushi Corporation (25%). When commissioned in 2019 the Norther project will be Belgium’s largest wind power plant.

“We are extremely pleased that Elicio, Eneco and Mitsubishi Corporation chose MHI Vestas Offshore Wind using a competitive tender process.” CEO Jens Tommerup said, “Historically, MHI Vestas has had a strong footprint in the Belgium market and we know that our technology is well suited to conditions in the region.”

“MHI Vestas also has a strong partnership with Eneco, who we have worked with to deliver the 129 MW Eneco Luchterduinen and 120 MW Princess Amalia projects in the Netherlands, while we look forward to building our relationship with Elicio N.V. going forwards. Being selected for the Norther project underlines the customer’s confidence in the 8.0 MW platform and of MHI Vestas, and represents a big step forward in our partnership,” said Jens Tommerup.

The V164-8.0 MW turbines – rated with a capacity of 8 MW – have been optimised for the project, utilising a power mode to be able to deliver a maximum output of 8.4 MW, further increasing the value for the customer.

Norther with an awarded grid capacity of 370 MW is located in the Belgian North Sea, approximately 23 km off the coast of Zeebrugge and is able to produce clean energy to cover the consumption of 400,000 Belgian households, contributing significantly to Belgium meeting its target of generating 13% of its energy needs from renewable sources by 2020.

“Project Norther and its shareholders Elicio, Eneco and Mitsubishi Corporation are proud to conclude that after a long period of intense preparation and thanks to all parties involved we have been able to achieve financial close. Construction now really can begin.”

Norther is the biggest offshore windfarm in Belgium and will supply renewable energy to 400.000 households.

“We are sure that the construction and commissioning of Norther in 2018 and 2019 will be a successful endeavour with reliable and experienced partners as grid operator Elia, turbine supplier MHI Vestas and subsea contractor Van Oord”, according to Dennis Sanou, project director Norther.