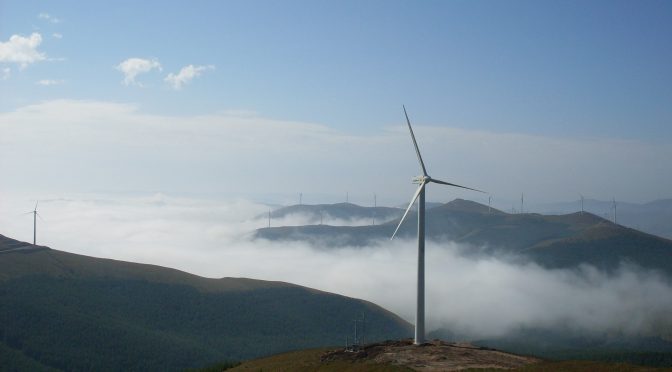 China’s grid-connected wind power capacity continued to pick up, but the utilization rate was waning after years of capacity expansion, the latest data from the National Energy Administration (NEA) showed.

China’s total installed capacity of wind power generation facilities connected to the power grid reached 139 million kilowatts by the end of September, up 28 percent from a year earlier, according to the NEA.

The growth rate outpaced that of the nation’s total power use, a key barometer of economic activity, which totaled 4.5 percent year on year for the first nine months, official data showed.

However, those power generation facilities had average utilization hours of 1,251 in the first nine months, declining by 66 hours from a year earlier.

China, the world’s second largest economy, has been trying to develop a clean energy network and pursue green growth in recent years.