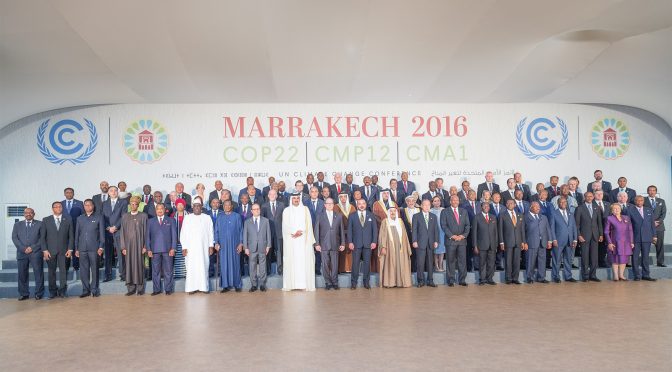 When diplomats arrived in Marrakech for the next round of UN climate talks, they knew the conference would get off to a good start. Only a few days before the opening ceremony of COP22, the Paris Agreement formally entered into force. It gave diplomats renewed impetus as they began critical discussions on how to implement the agreement made last year. 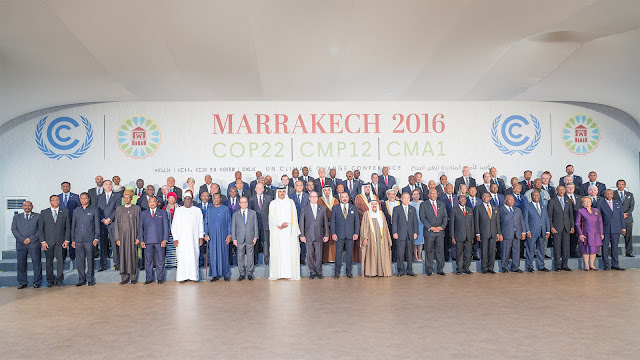 As the Paris Agreement enters into force, it’s time for countries to flesh out the rules, guidelines and processes that govern it. How will countries transform climate commitments into policy frameworks? What further financing is needed? How to review national climate contributions and scale up ambition?

Implementation is the key word in Marrakech. As Moroccan Foreign Affairs Minister and COP22 President Salaheddine Mezouar said: “This summit is the time to move from words to action for countries to achieve national climate targets.”

WindEurope is in Marrakech to represent the European wind energy industry at COP22. We outline how policy frameworks can enable new investments in wind energy, speaking with national representatives from a range of different countries. We promote the benefits that wind energy brings to both mature and developing economies.

On Friday 11 November, WindEurope spoke at an IEA event on energy sector resilience. That same day, WindEurope also presented its views on accelerating the deployment of renewable energy in sub-Saharan Africa.

The wind industry must engage with EU member states to ensure they set out ambitious plans for renewables after 2020, said WindEurope CEO Giles Dickson.

Speaking at a forum organised by ENERCON, Dickson stressed the need for a strong governance programme on the EU’s 27% renewables target for 2030. The European Commission is due to release legislative proposals on how the EU should meet its energy and climate objectives over the next decade.

Dickson said: “The European renewables target is expected to come without a national breakdown and be implemented primarily via national plans. The industry will need a very proactive approach to ensure ambition national plans for renewable energy.”

As part of the legislative package, the Commission will also deliver its strategy to revise Europe’s electricity markets. Dickson said that reform must create a level playing field for renewables and long-term price signals are essential to drive new investments. “Low wholesale power prices means the energy only market is insufficient to sustain investments in new generation capacity. Europe needs to address overcapacity in generation assets and increase power demand through the electrification of heating, cooling and transport. In parallel, wind energy investors need long term investment signals. Under the post-2020 Renewable Energy Directive, these could primarily come in the form of feed-in premiums allocated via tenders.”

Dickson added: “The Commission could maintain priority dispatch for existing assets, for Member States with low renewable energy penetration rates and those with no functional short term markets. Priority dispatch is likely to be phased out in the other circumstances underscoring the importance of transparency in system operation and clear rules for curtailment compensation.”