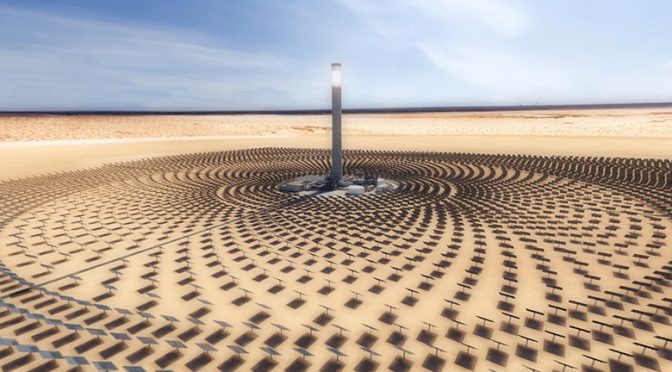 NOORo I, NOORo II and NOORo III, three solar thermoelectric power plants belonging to the largest solar complex on the planet, located in Ouarzazate (Morocco), are turnkey developments of the SENER engineering and technology group, in which the latter provides its own technology. These facilities are expected to attract the attention of the majority of visitors at the COP22, Conference of the Parties, to be held between November 7 and 18 in the Moroccan city of Marrakesh. The Moroccan Agency for Solar Energy (MASEN), an agency of the Government of Morocco, selected the project led by the Saudi company Acwa Power, in which SENER forms part of the consortia responsible for the construction and commissioning of 2 parabolic trough facilities, NOORo I and NOORo II, and a third plant, NOORo III, equipped with central tower  and salt receiver technology.

NOORo I, inaugurated by his Majesty the King Mohamed the Sixth at the beginning of 2016, with a power capacity of 160 MWe, uses SENERtrough® parabolic troughs and has and counts with 3 hours of thermal storage in the absence of solar radiation. Meanwhile, the second generation of the SENERtrough®-2 system, also designed and patented by SENER, is being installed in NOORo II, with 200 MWe and a capacity for 6 hours of storage. Finally, NOORo III, with 150 MWe and 7.5 hours of power supply manageability, is the natural evolution of the emblematic Gemasolar plant (Seville, Spain), although it is 7 times more powerful than the latter.

SENER is a leading company in solar thermoelectric energy, both in the number of projects in its portfolio – 29 to date, most of them developed as turnkey projects and located in Morocco, South Africa, Spain, and the USA – and because of the group’s development and implementation of patented technological solutions. In total, these projects represent an installed capacity of more than 2,000 MWe and savings of more than 1 million tons of CO2 a year. In particular, the 3 plants constructed by SENER in the NOORo complex avoid the emission of 420,000 tons a year and can deliver clean energy to around 400,000 homes.

As with all its projects, SENER has been strongly committed to the local community since the start of the first phase of NOORo I. It provides employment for local workers and suppliers and has established a long-term national industry development plan which covers the manufacture of components of high technological content in Morocco, such as the molten salt receiver being manufactured in Casablanca.

The COP is the supreme decision-making body of the United Nations Framework Convention on Climate Change. The country is holding this meeting as part of its strong commitment to environmental policies, affording particular visibility to large-scale projects geared towards its transformation, such as renewable energies.