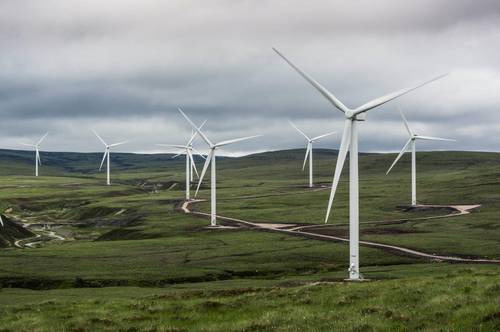 German wind turbine maker Nordex does not expect U.S. incentive schemes for wind energy to change by the end of the decade, its chief executive said, adding it was less clear what the election victory of Donald Trump meant in the long-term.

“Wind power is big business in the United States,” Lars Bondo Krogsgaard told journalists on Thursday after the group toned down its profit and sales guidance for 2016. It shares were down 3.9 percent.

He said that the wind industry provided about 100,000 jobs in the United States, adding that about 90 percent of wind parks were in Republican-controlled territory.

The Nordex Group (ISIN: DE000A0D6554) posted a 31 percent increase in sales to EUR 2,339.5 million in the first nine months of 2016, which represents an organic growth of 10.6 percent. The merger with Acciona Windpower (AWP) was completed in the second quarter of 2016 and AWP has been consolidated in the Nordex Group from 1 April.

In the reporting period under review, AWP contributed 24 percent of the Group’s order intake and is expected to play a growing role in the final quarter of the year. In total, Nordex’s new business was thus valued at EUR 2.17 billion. At EUR 841 million, order intake in the third quarter was in line with expectations.

The main sources of new business were Germany and North and South America. Order intake from Germany in the third quarter rose by EUR 216 million to EUR 741 million, new business from the Americas climbing by EUR 318 million to EUR 523 million. Further orders came in particular from other EMEA markets, i.e. Europe and South Africa.

The operating indicators were also up. Installed capacity rose by 75 percent to 2,025 MW (previous year: 1,158 MW). Rotor blade output climbed by 84 percent, while turbine output was up by 26 percent.

The balance sheet structure remains solid after the acquisition of AWP, with the equity ratio standing at a stable 32.0 percent. Cash and cash equivalents amounted to EUR 430.6 million as of the reporting date (31 December 2015: EUR 528.9 million). Following the acquisition of AWP and the repayment of the corporate bond, Nordex had net debt of EUR 217 million as of 30 September 2016 (31 December 2015: net liquidity of EUR 322.0 million).

Cash flow from operating activities came under strain from the commencement of work on wind farms to be installed in the near future. In addition, payment terms in individual emerging markets led to an above-average increase in working capital. However, the working capital ratio is to reduce to below 5 percent again due to the expected strong order intake in the fourth quarter and related prepayments. The working capital ratio stood at 6.8 percent as of the reporting date.

Delays in the order intake for a number of contracts and, hence, the postponement of the start of construction work led to a shift in the recognition of sales. This is the main reason why the Management Board now expects sales and profitability to come in at the lower end of the target range. Accordingly, the Management Board forecasts full-year business of around EUR 3.35 billion accompanied by an EBITDA margin of some 8.3 percent in 2016.

“The third quarter lived up to our expectations. I expect that we will be able to achieve our full-year target, and we confirm guidance at the lower end of the range as far as top-line and profitability is concerned. We expect a busy fourth quarter in terms of new orders and maintain the order intake guidance of a good 3.4 billion EUR,” says Lars Bondo Krogsgaard, Chief Executive Officer of Nordex SE.