The Nordex Group will install 22 AW125/3000 turbines in Brazil for its customer EDF Energies Nouvelles. Acciona Windpower signed the contract for this project in the winter of 2015, prior to the merger with Nordex. The project was now booked as a firm order in June 2016 and has also been considered in the recent first half year report. The “Ventos da Bahia I” order to install the 22 AW3000 turbines is the company’s first in the country since the merger with Acciona Windpower. 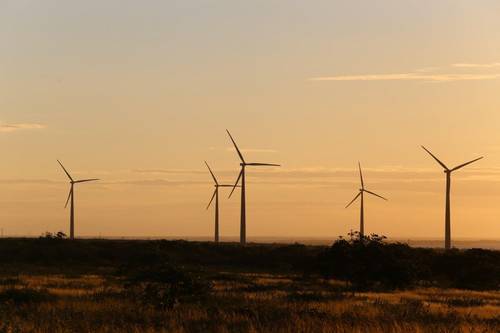 The “Ventos da Bahia I” site is located in the state of Bahia in eastern Brazil. The wind farm was developed by Sowitec and will have a total capacity of 66 MW. The Nordex Group will supply ten AW125/3000s with 120 metre concrete towers and twelve of the same with 100 metre concrete towers. Production of the towers by the manufacturer itself as well as delivery of the turbines will start in late summer.

Since the merger with Acciona Windpower, the Nordex Group has been operating three production facilities in Brazil: two concrete tower factories and one nacelle production plant. The company is managed locally from Sao Paolo. AW turbines are very popular and successful in this South American market, and after completion of “Ventos da Bahia I”, there will be nine wind farms in Brazil with a total capacity of 1,185 MW of clean electricity.

The Group has installed more than 18 GW of wind energy in more than 25 markets. In 2015 Nordex and Acciona Windpower generated combined revenues of EUR 3.4 billion. The company currently employs a workforce in excess of 4,800. The manufacturing group owns factories in Germany, Spain, Brazil and the US, and in the near future will also operate one in India. The product range focuses on onshore turbines in the 1.5 to 3 MW class, which are designed for the market requirements in developed and emerging countries.