U.S. wind energy industry activity approached record levels in the second quarter as utilities and other purchasers locked in record low wind costs. Over 18,200 megawatts (MW) of wind power capacity are now under construction or in advanced stages of development, according to the American Wind Energy Association’s (AWEA) U.S. Wind Industry Second Quarter 2016 Market Report. Recognizing the value of low-cost, reliable, stably-priced, and zero-emission wind energy, major utilities announced plans during the second quarter of 2016 to develop and own up to 2,600 MW of new wind energy generating capacity. 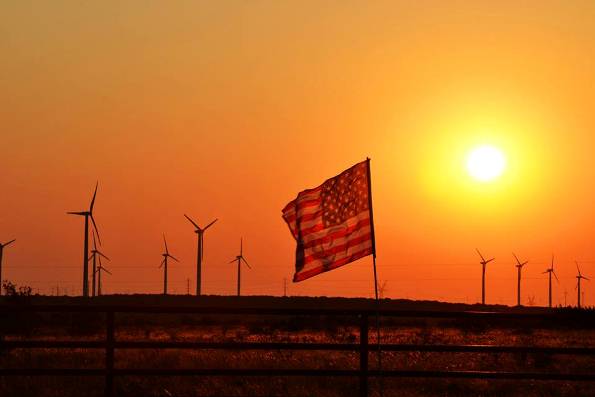 ”There’s never been a better time to buy American wind energy,” said Tom Kiernan, CEO of AWEA. “Smart utilities and other customers are locking in prices at record lows by starting construction this year to qualify for the full-value PTC. The industry is thriving thanks to policy stability and we appreciate support from champions in Congress for a multi-year extension of the PTC. Wind power supports 88,000 well-paying jobs, and the wind turbine technician is the fastest growing profession in the U.S. This is what an efficient, performance-driven policy delivers – more low-cost clean energy and the American jobs that make it happen.”

Congress passed a multi-year extension of the performance-based wind energy Production Tax Credit (PTC) with a bipartisan vote late last year. The multi-year PTC extension encourages utilities to invest in wind early, so they can scale up clean energy while making the most of the full-value PTC. The 2.3 cents per kilowatt hour PTC is scheduled to decrease to 80 percent of that value for projects that start construction in 2017, 60 percent in 2018, and 40 percent in 2019.

After emerging from several years of policy uncertainty that placed American jobs at risk, wind energy is on track to grow from supplying around five percent of U.S. electricity today to 10 percent by 2020, and 20 percent by 2030.

Enel Green Power North America Inc.’s (EGP-NA) 400 MW Cimarron Bend wind farm in Kansas is among the projects that started construction this quarter to meet demand for wind energy from utilities and emerging corporate buyers. Cimarron Bend will supply half of its power to Kansas City Board of Public Utilities, and half will go to Google, once completed.

“For EGP-NA, the first half of 2016 has been marked with rapid growth, including the announcement of more than 720 MW of new wind capacity under construction,” said Jack Thirolf, Senior Director of Regulatory Affairs for Enel Green Power North America. “Not only are we seeing capacity growth, but also diversification of power purchasers as more commercial and industrial customers are attracted to the competitive pricing and long-term stability that clean wind energy can deliver.”

Even larger projects are on the way. Utilities announced large scale wind power investments during the second quarter, including the up to 2,000 MW Wind XI project by MidAmerican Energy in Iowa, as well as the 600 MW Rush Creek project by Xcel Energy in Colorado.

Utilities also disclosed more than 1,800 MW of wind Power Purchase Agreements (PPAs), the second highest volume of announcements in a single quarter since the beginning of 2014. Other utilities released requests for proposals and requests for information for thousands of megawatts of new renewable capacity, which are likely to lead to new wind purchases in the near future. These announcements illustrate growing utility appetite for wind energy to help keep costs low for ratepayers while also meeting clean energy targets.

Utilities are vocal in their support of wind power for its consumer benefits:

The industry installed 169 wind turbines across four states during the second quarter, representing 310 MW of capacity. Texas led the country with 200 MW of wind capacity installed, followed by Kansas (72 MW), Nebraska (36 MW), and a single turbine installation in Iowa. Across the U.S., cumulative year-to-date installations total 830 MW. The U.S. now has an installed wind power capacity of 74,821 MW.

American wind power is growing, as is its popularity. Wind power enjoys bipartisan support from governors, members of Congress, and elected officials at all levels. In a divisive election year, several new polls signal wind power’s broad support among the American public.

Federal support in the form of the PTC is important to level the playing field and to keep growing wind power, but state and local policies and adequate access to transmission remain critical to scaling up and delivering low-cost wind energy to more Americans.

A number of states have shown leadership by expanding their Renewable Portfolio Standards (RPS). At present, California, Oregon, Hawaii, Vermont and the District of Columbia have all increased their target standards to 50 percent renewable energy and beyond. Other states, like Maryland, Massachusetts, New York and Rhode Island have passed or are actively considering other big increases to their standards.

Strengthening our electric grid provides a number of benefits by providing consumers with lower-cost and more reliable power and greater access to renewable energy.  Investing in more transmission capacity makes the grid more resilient and increases access to wind resources in low-cost areas.