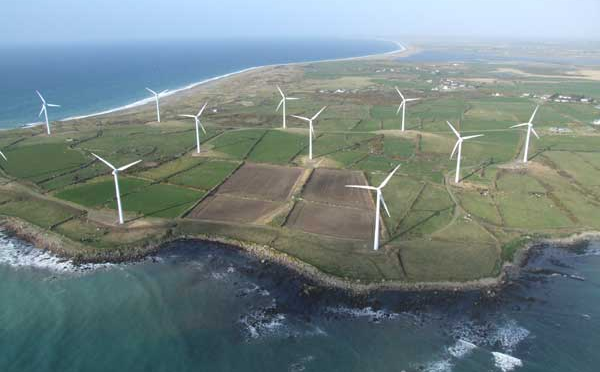 Wind energy has saved Ireland approximately €70 million in foreign energy imports since the beginning of 2016, a six month period which saw the indigenous renewable energy source meet over a fifth (22%) of Ireland’s entire electricity demand, according to provisional new figures compiled by the Irish Wind Energy Association (“IWEA”).

This figure puts Ireland almost on a par with other leading EU Member States such as Spain where wind energy produced 23.6% of Spain’s power in the six month period, and puts Ireland ahead on a percentage basis of countries such as Germany where, wind and solar contributed some 20% to their domestic power demand in the first half of 2016.

“While it’s exciting to see wind energy delivering such high levels of electricity generation, it’s critically important that we continue to focus on developing these clean and indigenous energy sources and focus on reducing our dangerously unsustainable 85% reliance on expensive fossil fuel imports.”

“Apart from easing our dependency on fossil fuel imports, wind energy is delivering real tangible value to electricity consumers, is promoting significant investment and jobs in our communities, and is helping to protect our environment for future generations.”

“Public interest in wind energy as a clean renewable energy for Ireland is also high. We always encourage people with questions about wind energy to visit wind farms for themselves, and this June saw 1,500 people young and old visiting local wind farms, seeing the turbines in action and learning about the benefits of this home-grown Irish energy.”

The peak for the period in terms of wind energy production was recorded on 28th January when wind energy output hit 2132 MW for Ireland, representing almost 60% of electricity demand at that time.

In addition, the overall level of wind energy capacity in Ireland has just reached a new all-time record peak of 2,500MW, which has the potential to create enough electricity to regularly power over 1.6 million homes nationwide.

Ireland currently imports 85% of its energy, 35% above the European average, just behind Malta, Cyprus and Luxembourg.

A recent national survey carried out by IPSOS/MRBI showed 70% of people across Ireland supporting wind energy in Ireland, and this interest in Irish wind energy was further highlighted in June with over 1,500 people visiting wind farms across Ireland and Northern Ireland throughout the month of June.

2017 will mark 25 years since the first Irish wind farm started generating electricity in Co. Mayo, and today there are over 200 wind farms operating in Ireland, with the wind energy sector employing over 3,400 people nationwide, a figure which is projected to grow to over 8,000 by 2020.

Established in 1993, the Irish Wind Energy Association (IWEA) is the national body representing the wind energy sector in Ireland. IWEA is committed to promoting the use of wind energy in Ireland and beyond as an economically viable and environmentally sound alternative to conventional generation and promotes awareness and understanding of wind power as the primary renewable energy resource. IWEA is also dedicated to education and awareness building, and to building the skills base of the renewable energy sector in Ireland. IWEA also supports the development of other renewable technology, particularly marine energy. IWEA has more than 200 members who incorporate all leading industry voices in Ireland. IWEA acts as a central point for information for its membership as well as a voice to promote wind energy to government. IWEA is entirely self-funded and relies on the support of its members.