Second helping in Finland: the customer Taaleri has ordered six more turbines from the Nordex Group for its “Kivivaara-Peuravaara” wind farm. The asset management company founded in 2010 is adding a further six N131/3000 machines to its wind farm located in the north-east of the country. 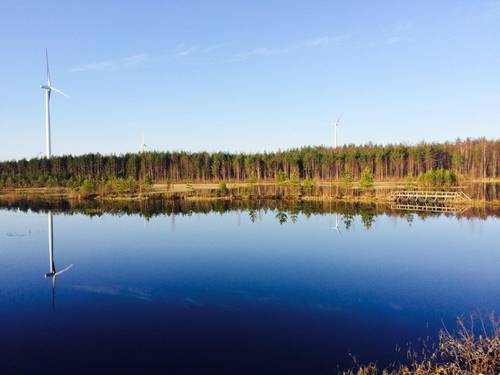 The turbines from the Delta series are to be installed on 144 m tubular steel towers by the late summer of 2017 and are to be equipped with the anti-icing system (AIS). This configuration means that Taaleri can generate electricity extremely efficiently even in the difficult climatic conditions with low temperatures in this mountainous forest region. In addition to this, the customer has concluded a Premium full service agreement for 15 years – as for the first phase of the project, which totals 39 MW.

“The collaboration with Taaleri is a major contributory factor in our continuing success in the Finnish market. This project is the best confirmation of our good customer relationship,” says CSO Patxi Landa.

Nordex signed a frame agreement with Taaleri in mid-2012 and has since successfully implemented five projects. The extension of the “Kivivaara-Peuravaara” project is a further call-off from the frame agreement signed in mid-2015.

With more than 100 turbines installed to date and a capacity of more than 280 MW, Nordex has been one of the leading suppliers in Finland for some years now thanks to being able to offer suitable technology, especially the Anti Icing System.