Dong Energy has won the right to develop and build 700MW of offshore wind farms in the Borssele 1 and 2 zones in the Netherlands. The winning strike price bid excluding transmission costs is €72.70 per megawatt-hour. The price support will last for 15 years. 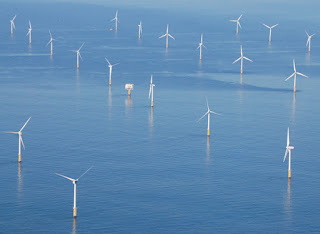 Both 350MW projects will be built by mid-2020 with an additional year of flexibility available under the contract.

Dong said it will deploy monopile foundations some 22km from the Dutch province of Zeeland in water depths of between 14 and 38 metres. Average annual wind speeds reach 9.5 metres per second in the area.

Dong head of wind power Samuel Leupold said: “Winning this tender in a highly competitive field of bidders is another proof of our market-leading position and our business model which builds on continued innovation, industrialisation and scale.

“With Borssele 1 and 2, we’re crossing the levelized cost of electricity mark of €100/MWh for the first time and are reaching a critical industry milestone more than three years ahead of time. This demonstrates the great potential of offshore wind.”

A total of 38 bidders were vying for the rights to build at Borssele. A further 700MW of projects will be auctioned later this year in the zone, followed by further action in the Holland North and Holland South areas later this decade.