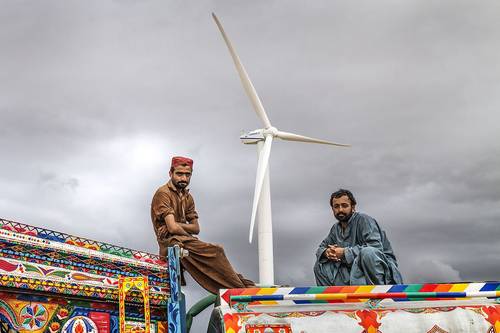 Wu Di, head of the administration department of the first phase of its wind energy project namely Three Gorges First Wind Farm Pakistan, said that China Three Gorges South Asia Investment Limited, a subsidiary of the CTG’s international arm, will invest 224 million U.S. dollars in the upcoming two projects to be completed in 18 months in Jhimpir area of southern Thatta district in an attempt to ease the country’s power shortfall which currently stands at around 6,000 MW in summer. 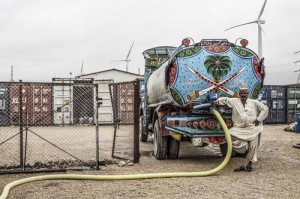 China Three Gorges South Asia Investment Limited has successfully established Three Gorges First Wind Farm Pakistan on a Build-Own-Operate model with a cost of 130.279 million U.S. dollars, which has been providing 49.5MW power since Nov. 25, 2014 after it was completed within 17 months.

Three Gorges First Wind Farm Pakistan, located 90 km east of the southern port city of Karachi and 80 km from Arabian Sea, produced 146.26 million KWh in one year with 33 wind turbines, fulfilling the needs of around 60,000 households.

The second and third phases of the project, with 33 wind turbines each, will start producing 99 MW electricity collectively by the end of next year, which will be capable of solving the energy issues of around 120,000 households in the country.

Pakistan has a 1,046-kilometer- long coastal line that has abundant wind resources with an average wind speed of 7.4 meters/second creating a huge potential of wind energy production.

The 29-year-old engineer Malik Aitzaz Ahmad, who is working as an operation manager at Three Gorges First Wind Farm Pakistan, was employed by the CTG in September 2012 when he completed his electrical engineering degree at the North China Electric Power University, Beijing.

“The CTG believes in localization. I am a perfect example of it. Within a few years after joining the CTG, I have been promoted from an engineer to managerial post. The CTG is my mother company. I have learned a lot from it. My career is with it, because there are a lot of chances to grow,” said Ahmad.