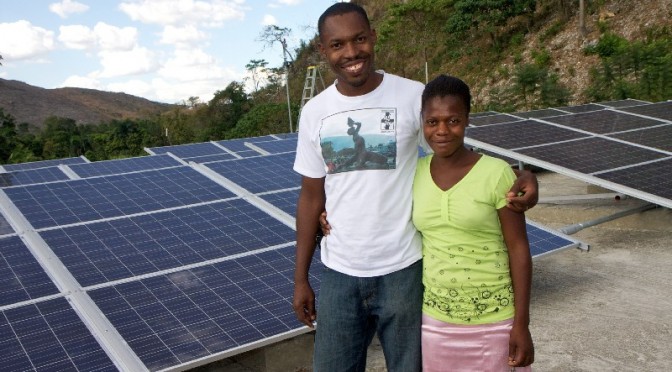 Global solar energy market size was estimated at over USD 65 billion in 2015 and is likely to exceed USD 140 billion by 2023.

Cumulatively, more than 178 GW of power was installed in 2015 and is estimated to reach more than 600 GW over the forecast period, including both photovoltaic and concentrated thermal power. U.S. solar energy market size is expected to witness approximately 40 GW cumulative capacity by the end of 2016.

Get Detail TOC and sample pages from our latest research report PDF: https://www.gminsights.com/request-sample/upcoming-detail/264

UK contributed more than 2.4 GW to the Europe power installation market in 2015, followed by Germany and France. Middle East and Africa is expected to grow at as significant rate; increase in electricity prices and government subsidies are likely to be the key growth factors in the region.

This energy can be segmented into photovoltaic and concentrated thermal. Photovoltaic (PV) market size was estimated around 40 GW in 2015. Solar energy market trends include an estimated shift towards off-grid installations in some countries, where a large percentage of the population does not have an access to a national grid. Concentrated solar thermal market size is estimated to reach more than 25 GW installations during the forecast period.

Adoption is increasing due to natural resource depletion and increasing environmental consciousness. It is a reasonable fossil fuels substitute as well as an inexhaustible and affordable technology with huge long term benefits. More than 39% of energy is extracted with the help of coal which causes environmental pollution.

Photovoltaic energy is preferred over concentrated solar due to its high utility; Europe was the major contributor in 2015. Manufacturers are shifting from multicrystalline to monocrystaline solar cells owing to its high efficiency, compact design and durability. Concentrated thermal technology is less popular because it requires direct sun radiation rather than diffuse light, and is not economical for small installations.

Applications are segmented into commercial and residential. In the commercial segment, major installations were noticed in hotels, hospitals, and offices. Residential applications include attic fans, batteries & chargers, pool heaters, and. water heaters. Rising non-conventional resource prices and increasing government subsidies such as tax rebate to individuals generating power from this energy is likely to drive growth.

The technology is beneficial on account of several incentive schemes such as feed in tariff (FIT), tax rebates for renewable energy usage, and subsidies from government. FIT is a mechanism designed to drive investment in renewable energy technologies. It has provisions such as guaranteed grid access, long term fix price and reducing contract prices for further new installations. PV system market price trends have declined of around 75% in less than a decade.

U.S. implemented Renewable Energy Investment Tax Credit (ITC) in 2006, which gives installations to apply up to 30% cost design with no maximum credit limit. As per the U.S. government reports, this regulation expires in 2016.