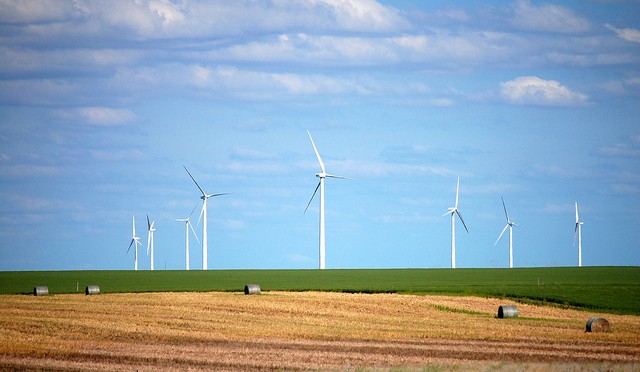 Future Renewables Eco (FRE) plc has successfully completed the £4 million fundraise for Phase 1 of its northern UK wind turbine operation, and is now well underway with Phase 2 of the project.

Three 250kW turbines have been installed on sites in Aberdeen and are undergoing final testing before they begin generating power. The turbines are expected to produce around 2.1 gigawatts of electricity per year, all of which will be sold back to the national grid.

FRE plc is working to raise between £15 to £25 million of working capital for the installation of additional turbines to be erected across several further sites in Scotland. The company has acquired two fully consented sites and is carrying out final due diligence on two others.Turbines ranging in size from 500kW to 1.5MW are expected to be installed and operational on all Phase 2 sites early in 2017.

“We’re delighted with the success of the first phase of our wind turbine operation, which will begin delivering income to investors this year,” says CEO Gerry Wood. “We’re proceeding with vigourto the next phase of the project and are pleased at the early interest being shown by the investment community.”

All Phase 2 sites will be pre-accredited to take advantage of the UK Government’s Feed-In Tariff scheme, currently being phased out, which guarantees smaller-scale sites payment for electricity generated.

FRE plc’s current focus is on medium-sized wind turbines, but the company is also investigating opportunities in other renewables including solar and biomass. It has plans underway for an anaerobic digestion facility that breaks down organic waste into methane-rich biogas and fertiliser.

The launch of Phase 2 comes at a time when the major oil companies are putting large sums behind renewables. Leading the way is French company Total, 60% owner of North America’s largest solar farm, who has just spent €1 billion to acquire electric battery storage systems manufacturer Saft. Total has committed to spending $500 million a year on renewables, while Shell’s New Energies division is expected to announce a $200 million annual budget for acquisitions.

Norwegian company Statoil is planning to invest €1.2 billion with EON in Baltic wind farm Arkona, and will soon begin construction of the world’s largest floating wind farm off the coast of Scotland. Irene Rummelhoff, executive vice-president for New Energy Solutions at Statoil, told The Guardian, “There is tremendous growth in [the renewable energy] sector and we want to be part of that.”

“There are excellent opportunities available for smaller investors to benefit from the buoyant energy sectorwithout exposing themselves to the uncertainty around the oil and gas and nuclear power markets,” says Gerry Woods. “The renewables industry is going from strength to strength and we’re very positive about the future both for us as a company and the market in general.”