Siemens has received an order for the supply, installation and commissioning of 60 direct-drive offshore wind turbines, each with a capacity of six megawatts (MW). The customer for the project is a consortium between the German power provider E.ON based in Essen, and the Norwegian oil and gas company Statoil headquartered in Stavanger. When it comes online in 2019, the Arkona offshore wind farm’s total capacity will be sufficient to supply up to 400,000 German households with ecofriendly electricity. E.ON will have responsibility for building and operating the wind farm. Siemens and E.ON will be jointly responsible for service to the wind turbines for an initial two year period. 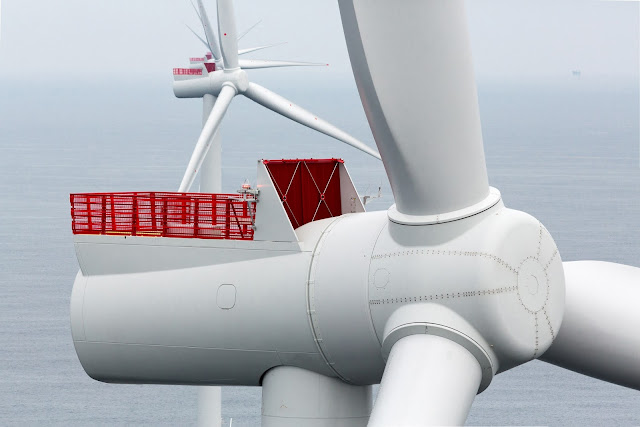 Siemens will install 60 SWT-6.0-154 wind turbines at the Arkona wind farm around 35 kilometers north-east of the island of Rügen.

Siemens has already supplied 80 wind turbines for the E.ON project Amrumbank West in the German North Sea. In December 2015, Siemens announced that it would deliver five wind turbines of the six MW class to Statoil’s Hywind Scotland project.

The Arkona offshore wind power plant is to be erected around 35 kilometers north-east of the island of Rügen. Over an area of approximately 40 square kilometers, 60 wind turbines will be erected on monopile foundations in ocean depths of between 23 to 37 meters. Installation of the offshore wind turbines will begin in the summer of 2018. A team consisting of service technicians from Siemens and E.ON will be responsible for servicing and maintenance of the wind farm for an initial period of two years. This service agreement also includes round-the-clock remote monitoring of the wind turbines from the Siemens Remote Diagnostics Center in Brande, Denmark.