With the market launch of its solution for a needs-based aviation obstruction lighting system, Nordex is taking a major step towards boosting the acceptance of wind farms among nearby residents. 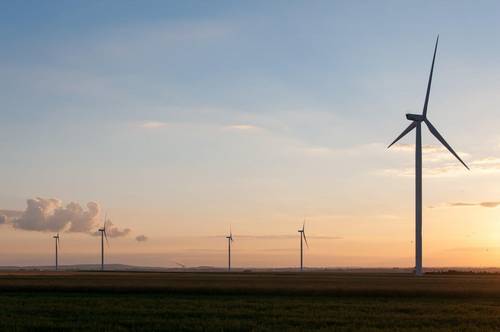 On 4 March 2016, Nordex and its development partner were granted certification for their needs-based aviation obstruction lighting system. Nordex plans to begin serial production starting in the 4th quarter of this year, initially for the Germany market, and for other international key markets in the medium term.

The lighting system is the result of a cooperative venture with the Danish radar specialist Terma A/S. The system is based on active radar and can monitor the surrounding airspace within a radius of 18 kilometres. When there is no aircraft within the airspace being monitored, the aircraft warning lights mounted on the wind turbines remain switched off. Any flying object approaching the wind park being monitored will be detected, and the aviation obstruction lighting system is activated. The system is capable of detecting all types of flying objects, whether they are equipped with transponders or not. This makes a needs-based aviation obstruction lighting system the ideal solution for reducing light emissions from wind farms, both future and existing.

Over recent months, the prototype of the radar system has been trialled on turbines of the Delta generation installed at the Janneby wind farm in northern Germany. Several pilots conducted test flights in small aircraft. The most recent trial was conducted jointly with the German air traffic control authority, which has now approved the system.

The Group has to date installed more than 18 GW in over 25 markets. In 2015 the Group recorded sales revenues of EUR 3.4 billion, with a current workforce of over 4,800 employees. The manufacturing network includes production facilities in Germany, Spain, Brazil, the United States, and soon also in India. The product portfolio is focused on onshore turbines in the 1.5 to 3-MW class, as their specifications match the market requirements in developed markets as well as in those of emerging market countries.