On the basis of its audited consolidated financial statements which have now been released, the Nordex Group (ISIN: DE000A0D6554) is able to confirm the preliminary data for 2015 which it reported in February. 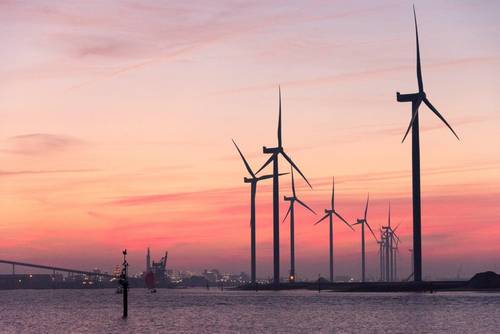 According to these figures, sales rose by around 40% to EUR 2,430.1 million in 2015 (2014: 1,734.5 million). Earnings before interest and taxes (EBIT) climbed by just under 62% to EUR 126.2 million (2014: EUR 78.0 million). Accordingly, operating profit (EBIT) came within the forecast, while sales slightly exceeded the guidance range, which had been most recently adjusted upwards in November.

Consolidated net profit rose by some 34% to EUR 52.3 million (2014: EUR 39.0 million), translating into earnings per share of EUR 0.65 (2014: EUR 0.48). The net profit is affected by a high tax rate due to lost tax losses carried forward in context with the forthcoming change of the main shareholder. These negative tax effect has been fully taken into account in the 2015 annual statements. Thanks to the increased profit and the persistently low working capital ratio of -1.2% (2014: -2.3%), free cash flow widened by a further 5% to EUR 94.6 million.

Following the merger with Acciona Windpower, for which antitrust clearance has recently been received, Nordex will be adding a new chapter to its history. The transaction is to be finalised both legally and commercially at the beginning of April. Based on the already published firm order backlog, Nordex and Acciona Windpower are jointly seeking sales of over EUR 3.4 billion and an EBITDA margin in excess of 7.5% in 2016.

In addition to current demand, the outlook is also based on the increased order backlog for turbine engineering. The volume of firmly financed orders placed with Nordex increased by 14% to EUR 1,668.0 million on the reporting date (31 December 2014: 1,461.6 million). This will be supplemented by the company’s own service business and, from the second quarter, Acciona Windpower’s activities. According to the Acciona Group, order backlog stands at 1,140 MW as of 31 December 2015.

“We started 2016 backed by a good order book and continue to observe strong demand in our focus markets such as Germany, France and Turkey. Looking forward, Acciona Windpower markets, e.g. India and Mexico, will also be contributing to our growth. In addition, we will be benefiting to a greater extent from the renewal of the production tax credits in the United States,” says Chief Executive Officer Lars Bondo Krogsgaard and adds: “This give us a very good basis for further growth and an excellent starting point for the coming year. In addition to transforming the two companies into a single entity, we also want to achieve progress in the quality of our earnings on the basis of improved products.”

As one of the technological leaders in multi-megawatt wind power systems, Nordex is benefiting from the trend in favour of large-scale turbines. The Generation Gamma range comprises the N90/2500, N100/2500 and the N117/2400, which is one of the most efficient series turbines for non-coastal regions. To date, over 3,600 of these turbines have been produced. With Generation Delta, Nordex is now offering the fourth generation of its proven multi-megawatt platform (N100/3300, N117/3000, N131/3000 as well as the N131/3000 for the German market). Nordex has installed a total of around 7,000 turbines with an aggregate capacity of more than 13,000 MW all around the world. With exports accounting for around 70 percent of its business, Nordex SE also plays a key role in international high-growth regions. The Company has offices and subsidiaries in more 20 countries around the world The Group currently has around 3,300 employees around the world. In October 2015, the Nordex Group announced that it would be merging with the Spanish turbine producer Acciona Windpower.