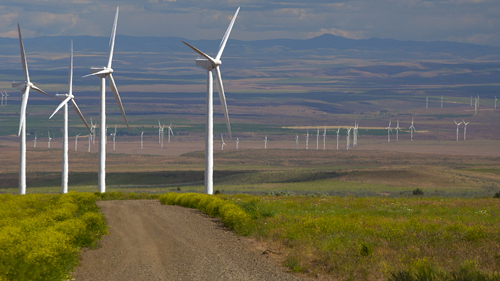 “This bipartisan governors’ coalition has been highly effective at getting policy results and have helped grow wind energy for nearly a decade,” said Tom Kiernan, CEO of the American Wind Energy Association (AWEA). “The governors’ decision to combine forces with solar energy reflects the economic and environmental value of diversifying our nation’s grid with clean, reliable renewable energy.”

“We are proud of Iowa’s leadership in wind energy and we are also encouraged by the recent growth in solar energy. The addition of solar to the Coalition’s portfolio represents a commitment to future economic and renewable energy growth, and further diversification of our nation’s energy portfolio. Bringing to bear the support of America’s leading governors and their commitment to both solar and wind energy, and the Coalition’s high-quality policy work, this group can have significant influence. Adding solar energy will strengthen our voice.” – Iowa Governor Terry Branstad

“I support the foresight of my colleagues to broaden the Coalition’s focus and include solar energy development as a policy priority. Wind and solar provide complementary benefits to the U.S. electric grid and will help diversify the country’s energy mix. The need for states to take a broader view of renewable power is clear.” – Rhode Island Governor Gina Raimondo

“I am proud to work with governors from across the country, and both parties, to advance renewable energy. The exciting growth of both wind and solar energy provide our states with tremendous economic opportunities, as well as the ability to reduce emissions, protect public health, and build a more prosperous and sustainable American clean energy future.” – Washington Governor Jay Inslee

Wind and solar energy added 61 percent of all new generation capacity in 2015 through November according to SNL Energy. As states make plans to comply with the Environmental Protection Agency’s (EPA) Clean Power Plan, the nation’s first-ever rule to reduce carbon emissions from existing power plants, zero-emission wind and solar power are expected to continue supplying large amounts new electricity in the years ahead, resulting in numerous consumer and environmental benefits.

American wind power now supplies enough electricity for 19 million American homes after surpassing the 70 gigawatt (GW) mark of installed wind capacity late last year. Wind energy could double to supply 10 percent of the U.S. electricity mix by 2020, and double again to supply 20 percent of U.S. electricity by 2030. It can become one of the largest sources of electricity in the U.S. by supplying 35 percent by 2050. According to the Department of Energy’s Wind Vision report, by meeting the 2030 scenario American wind power could support 380,000 well-paying jobs, a number that could grow to 600,000 by 2050.

Emerging opportunities to invest in the rapid growth of the U.S. wind energy industry will be on full display at this year’s WINDPOWER 2016 in New Orleans from May 23 – May 26. The event is the Western Hemisphere’s largest annual wind power trade show.